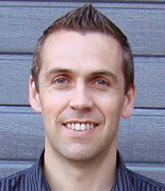 I am a former sport scientist, now I just build Excel systems and work with software tools (CRM, Salesforce, PM, Sharepoint) and technology. My day job requires me to sit between the IT department and the sports performance department to make sure that Strength and Conditioning Coaches, Nutritionists, Performance Analysts etc have the hardware and software tools they need to do their jobs. My night job is creating Excel-based systems for high performance sport and I have clients in New Zealand, Australia, Ireland, USA, Qatar & The Netherlands to name a few.

I have Courses on Vimeo and FREE STUFF on Youtube.

Let’s get in touch

I manage a suite of off the shelf and bespoke software tools in a national high performance environment (Olympic Sports). I work with performance staff to identify needs and then source or build solutions.

Bachelor of Commerce (Finance and Law), University of Auckland 1992-1994