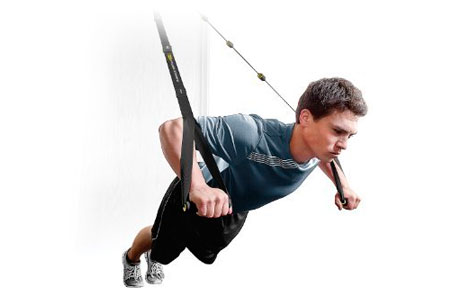 The value of an item must not be based on its price, but rather the utility that it yields
Port Royal Logic, 1662

The utility resulting from any small increase in wealth will be inversely proportional to the quantity of goods previously possessed
Daniel Bernoulli, 1738

Utility is a measure of our preference for some set of goods and services. Bernstein illustrates utility with his pile of bricks analogy:

Think of your wealth as a pile of bricks, with large bricks at the foundation and with the bricks growing smaller and smaller as the height increases.
Any brick you add to the top of the pile will be smaller than the brick beneath it. The satisfaction that results from gaining a brick is smaller
than the hurt that results from losing a brick 1.

Utility is inversely related to the amount of goods, or wealth, previously possessed. In Bernstein’s example, the utility of each additional brick is less than those previously accumulated and it represents a smaller “gain” in comparison to the whole. In the domain of physical preparation, we could consider utility as usefulness or upside for the accumulation of specific physical capacities.

The accumulation of any physical capacity, carries with it an inherent risk. In the hands of skilled coaches, competent athletes and with logical methods, this risk is certainly mitigated but a level of risk remains. This risk can manifest itself in unplanned fatigue, minor injuries or more catastrophic black swan events. Taleb2 describes the black swan event as:

To pose an example: suppose an athlete, with mature strength levels and extensive sporting experience and expertise, suffers a spinal disc herniation during heavy strength work. For this athlete, who has routinely lifted such loads before and never suffered such an injury, it is a true black swan event. It’s rare. The consequences are huge. The athlete faces a lengthy period of time out of their sport and a long period of detraining during their convalescence. They may lose income and they will lose opportunity.

Afterwards we can dig through our memory and our data and validate the event. Any number of explanations can be found with the benefit of hindsight. Perhaps, the athlete had a larger than normal training load that week or the athlete reported some minor back stiffness 2 weeks ago. Now the risk becomes obvious and we question the “utility” of the process. What benefit would such an athlete have gotten from that single strength training session? Was the (now obvious) risk ever going to be worth the reward?

One of the challenges in physical preparation is attempting to constantly assess risk vs. reward – this is a key part of the decision making skill of the coach. As a coach, can you effectively manage this risk:reward process in the context of on-going physical capacity development, athlete “availability” and avoidance of injury?

Our decisions have a predictable and systematic structure. In a rational world, we would rather be strong than weak. Let’s expand on our pile of bricks example using maximal strength development as the physical capacity being accumulated (writer’s note: what follows is a highly simplified example and we could use any physical capacity to illustrate the point. It’s also worth noting that the physical preparation coach has many different, interconnected bricks to manage, representing all relevant physical capacities, not just a single capacity in isolation).

Just like our pile of bricks example, “maximal strength is a classic diminishing return variable” 3. So, the intensity of the desire to become stronger should be tempered by how strong we already are. If the satisfaction to be derived from each successive increase in strength is smaller than the satisfaction derived from the previous increase in strength, then the disutility or downside caused by a loss will always exceed the positive utility provided by a gain of equal size 4.

At some critical point one must assume that the work, effort and risk required, to increase an already high level of physical capacity has little utility. Each “brick” that gets added has less and less impact on the overall physical capacity – or on our hypothetical pile of bricks.

The Problem with Conservatism and the ultra risk averse

Such an awareness and a respect for the risk:reward of any training modality is essential in the training process but can lead to hyper-conservatism and paralysis. At some point risk must be acknowledged and embraced in order, to not necessarily improve a physical quality (although this is desirable) but to ensure a physical quality is not diminishing over time and eating into the foundation of our pile of bricks. If wealth is left uninvested, it typically diminishes in terms of utility (due to inflation). We know this is true of the detraining process also – we must invest in our physical capacities to maintain our pile of bricks.

We know that strength and other components of fitness have significant protective effects for athletes (robustness) and have significant enhancement effects on performance. At some critical threshold, conservatism may lead to more harm than good. In the short term, a conservative decision may protect against risk effectively. But a series of ultra conservative decisions in succession, leading to detraining, will creep the athlete toward a domain where the harm from losing physical capacity is significant in terms of decreased performance and robustness.

Over time, each brick that is removed – gets bigger and bigger and has a greater and greater impact on overall performance capacity or on the foundation of our pile of bricks. The well intentioned “do no harm” policy can easily transition to a paralysis of intervention, and over time, may do more harm to the athlete.

Eamonn Flanagan is a strength and conditioning coach based in Dublin, Ireland. He has previously worked in professional rugby with the Scottish Rugby Union, Edinburgh Rugby and The Irish Rugby Football Union. He is currently transitioning to a new role as the lead S&C consultant with the Irish Institute of Sport.