I have following work by Chris Carling for last couple of years now and one of his recent papers was a staple in my RSA is overrated article. Chris also wrote two books: Performance Assessment for Field Sports and Handbook of Soccer Match Analysis: A Systematic Approach to Improving Performance.

Chris latest article entitled Interpreting Physical Performance in Professional Soccer Match-Play: Should We be More Pragmatic in Our Approach? and is very important and needed.

Chris was kind enough to take some of his free time to answer my questions that might interest a lot of readers, especially those working in team sports, especially soccer. 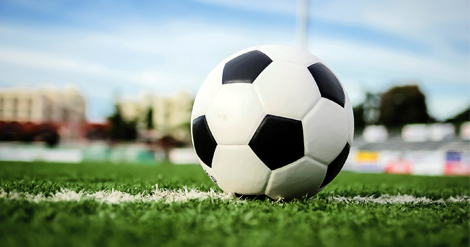 Mladen: Chris, thank you very much for taking your time to do this interview.  Before I start picking your brain on some topics can you please share to the readers who you are, what do you currently do and where, along with our professional interests.

Mladen: Let’s nail this daemon first since I believe it is very important and often misunderstood by coaches. When coaches read scientific papers (or only abstracts which is even worse) and see significant improvements or differences they usually think of large differences or improvements between treatments and/or groups. What they don’t get is that this statistical significance researchers refer to is probability of making Type I error and has nothing to do with magnitudes of effects. Thus coaches tend to jump (or not jump) to conclusions based on statistical significance, while they actually think of practical significance.

One example might be using the difference in time motion analysis between positions to make position-specific conditioning based on statistical significance in distance run, while that distance might be only couple of meters and bear no practical significance. What is your take on this and how we can bridge this gap between researchers and coaches? Do we need new statistical approach (i.e. magnitude based statistics)?

Chris: I honestly think that even practical significance type statistics can be misleading. Why? Because differences or changes in data hence performance need to be placed in the real-world context of professional football. Coaches interpret differences in their own way, according to what they might or might not expect, in the context of current form and the quality of the players they have or don’t have at their disposal. Even a difference that is considered low in practical significance and non significant can be considered positive as it might mean that while a team has not improved, its performance has stabilized especially as recent games were against higher standard opposition for example.

Mladen: Continuing with previous question, one way to make decisions based on data might be to know smallest worthwhile change (SWC) and typical error (TE) of estimate. Since the game related performance tend to vary a lot between games for an individual (up to 30% CV), TE usually gets a lot higher than SWC which doesn’t make game related performance good test per se, right? Couple of recent paper stated that teams finishing higher in rank tend to run less than teams finishing lowest in rank. I wonder would that data have any practical significance if viewed with SWC/TE lens?

Chris: I think we need to relate the stats to the type of data we work with – perhaps SWC might be more suited to interpreting changes for example in Repeated sprint test ability (e.g., mean time) after a training intervention rather than match and time motion analysis type data that vary greatly and naturally depend upon many factors that simply cannot be controlled for. I personally prefer simple descriptive statistics (means, totals, percentage changes and differences in these) and in my experience these speak more to practitioners who can attempt to interpret the drop or improvement or even lack of change again according to the context the data were collected in.

Mladen: We touched a bit on the reliability of data with previous question, lets deal with validity for a moment.  Clubs and researchers tend to use GPS data more and more (which is great), but I wonder how much that data is really representing what is happening on the field. Are we missing a lot by only taking velocity into consideration? For example if a player make quick burst for 2m towards the opponent from standing still he won’t reach higher velocity zones for that action to be classified as high-intensity although his power output might be tremendous. Roberto Colli, Osgnach and di Prampero wrote about using power zones instead of velocity zones for this sake (see the translation of one of the articles). What is your take on this and do you think this approach might yield some practical significance between positions, players and levels of play?

Chris: This is an area of research currently being explored in various clubs across the world. Yes the data could be useful to determine the position specific loads experienced in match play but in my opinion we need to take a hard look at the practical usefulness of the data in training and preparation for competition. If differences are observed, this means these already exist and that the player is capable of doing them anyway! Once could say that performing more of this specific training might be useful in developing a players ability to accelerate quicker or perform more of these actions. However, will genetic limitations limit a player’s capacity to improve anyway and the tactical requirements of his/her position might mean that there is no need to perform more of these actions anyway! Running more doesn’t mean a better ability to score or prevent goals which are the two main aims of soccer.

Mladen:Recently coaches started evaluating and training Repeat Sprint Ability (RSA) more and more. Couple of research papers including yours showed that Repeat Sprint Sequence (RSS) doesn’t happen that often in a game, thus decreasing its importance. Do you think these results might change when power-based time motion analysis might be used instead of velocity-based one? Also, how misguided is to rely on averages in the analysis (e.g. RSS happens 1.1 times per game per player on average) while neglecting distributions and worst case scenarios. Can you please expand more on this along with what might be the worst case scenario for certain position in a game from the data you have? What might RSA training give us in terms of game transfer if there is not much RSS happening in a game?

Chris: Results will always depend on the definition of a repeated sprint sequence, i.e. duration of each individual sprints, how many, over how long etc. RSS determined individually according to metabolic power thresholds for example might be useful though and should be explored to see whether the RSS demands are actually higher than demonstrated in our study. In our data, even the players (fulbacks) who performed the most RSA performed (1.7) about 0.6 actions more per game than CD, the mean & SD across all positions were only 1.1  / 1.1. Specific RSA training has also been shown to help other physiological aspects(VO2max)  so should not be ruled out entirely, but as RSS match data apparently demonstrate that this specific quality is not as important as one might  think then practitioners should reflect on the real world usefulness of implementing such training until we provide power based RSS data.

Mladen: A lot of pro clubs track GPS and Acceleration data as a form of evaluating training load. What is common practice is to use absolute velocity zones to evaluate training/game load. Do you believe that using relative intensity zones (for example using individual’s vLT, MAS, v30-15IFT and VMAX) might yield more valid data to keep track of workloads for a given individual? Expressed this way, do you believe that it might help preventing overtraining and/or injury?

Chris: Some practitioners adapt their training data according to personalized sprint speed thresholds for each player which allows a more objective determination of training loading. MAS vLT, one should remember are often determined using continuous linear running protocols that do not really represent the actual physical demands of the game – ie the intermittent running activity profile. These data are definitely useful for monitoring players but require quite a lot of expense (buying enough systems for a squad of players) and human interpretation of vast amounts of information. I recently read an interview with Sir Alex Ferguson who said that he could detect when a player was carrying an injury when the player actually thought he was ok, thus one could say we need some subjective analysis in there too!

Mladen: And for the last question, what is your opinion in using ‘efficiency’ scores? For example instead of only tracking physical performance data one might use both physical and technical/tactical data and combine them: dividing amount of high velocity distance by number of successful passes or some other technical or tactical statistic. Do you think that this might give us more power in evaluating players, clubs, leagues? Also, what about ‘efficiency’ score comparing internal vs. external load: dividing high velocity distance by iTRIMP score or time >90%HRmax? From one source of mine tracking these over time for a given player might give some insights into overtraining and injury potential. What are your thoughts on these?

Chris: In my club, we use efficiency scores mainly for technical scores ie ratios of shots to goals, possessions to chances created… Problem is the weighting of ratings, do we give equal weightings to physical and technical performance for example or should these be adapted to League position – top teams tend to run less so should we be concentrating on technical parameters whereas lower teams might rely more on physical ability. Teams that are strong in one or the other might simply end up being balanced out and having similar ratings. For HR data, the moment we are somewhat limited by the rules of the game, ie we cannot collect in competition. We can do all the predictions we want using physiological/physical data but many injuries are down to contact situations that the player can do nothing about, also we should not forget that some coaches know their players well enough to detect when there is an issue (see earlier comment). Most managers are clever enough to rotate their team (where possible) to keep players as fresh as possible. Simple, subjective ratings from players (after training and/or match-play) are an easy, cheap and reliable means of keeping track of monitoring players.

Mladen:Thank you very much for sharing these invaluable insights Chris.  My readers and me appreciate your time and energy for doing this interview. I wish you all the best in your future endeavors and I am looking forward to new insights from your research.