It is a great privilege to be able to interview Darcy Norman who is part of the German National Team and very important cog in Die Mannschaft.

In short, I owe Darcy a LOT and I wanted to say ‘Thank you Darcy’ for everything, including taking your time to do this interview.

Well, enough of me trying to kiss-ass to Darcy… I will leave you to enjoy the insights from the member of the World Cup Winning team.

Mladen:First off, BIG Congratulations on winning the World Cup with Germany Darcy. That’s one hell of a achievement and something a lot of us dream off. Before I start picking your brain, please share some info about yourself – who you are, what you do, how did you end up in German National team and what are your future plans

Darcy: Thanks, much appreciated. Certainly humbled and honored for the opportunity and experience. It was the right time, right place, with the right people working as a collective group. About myself, I am a physiotherapist, strength coach and athletic trainer that has worked in each capacity as well as combined capacities in various sporting aspects. I have more recently taken on more data analytics responsibilities as well which I find frustrating and interesting all at the same time. I like to say I have Domain Spectrum Competency….. In the sports world. I have worked with a variety of different athletes in different avenues throughout my career from kids to pros, working with individuals to teams, consulting to being on the pay roll, rehab to performance training. My team experiences have been with Professional Cycling working with Team High Road the 5 years of their existence, Bayern Munich (Pro Soccer) 2008-10, as well as the German National Soccer Team since before the Euro 2012. I have been with EXOS since 2003 and attribute a lot of my opportunities to being a part of that team. They are a fantastic group of people that are passionate about what they do and love solving performance problems. Who you know gets you there, what you know keeps you there as I sometimes say. I am fortunate to live in Truckee (Lake Tahoe) California and share time in a home office and traveling working on projects.

As far as future plans, I want to keep moving forward with data analytics as I think it is a very important aspect of training especially with the how technology is improving. I am more into simplifying the process and making sure the rubber is meeting the road. I don’t know if I have any hard goals to work with this or that team but more with people or groups of people that have a passion to get better and work toward a common goal. I guess being from Canada I would also be interested in working with an NHL team as I think the culture and athletes are interesting. I am always interested in learning as at the end of the day all of this stuff is related and it’s just how you apply it. 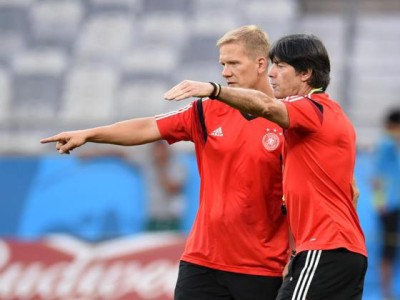 Mladen: I have shared some of my thoughts on training the national teams (HERE) – what I am wondering is how did you solve the common issues, like interactions with the players’ clubs, bringing all player to common vision and culture? What are the differences and similarities between working in national team versus club?

Darcy: I think first you have to drop the ego and do everything you can for the benefit of the athlete. What does that mean…, Shad (the head performance coach of the DFB) did a phenomenal job communicating with every team our players played for. After every national team break each team would get a report on everything their athlete’s did so they had an idea of what kind of player they were getting back. If we did any testing he would pass that along as well.

Did Shad have to do that, absolutely not, but he did and started dialogue with the clubs and teams. As the teams started realizing we had their interests and their players interests in mind, we would also get responses back, not from all, but that is OK, but at least we were doing our part and not judging anyone along the way. The players saw this and would also help in the process as they knew we had their best interests at heart. Sometimes you don’t know what the clubs themselves are dealing with. If you can do something to make a situation better, do it, be happy about it and don’t expect anything in return. One thing we could do was monitoring their playing time throughout the season to get some sort of snap shot of where they were to gain a little perspective.

Once the players came to the team there was a big focus on communication and managing expectations. We tried to communication a clear, honest message and expectations and had objective information to support our message, as well as options if something needed to be improved upon. All the staff were on the same page. We had a mantra that in our staff meetings we may disagree but when the meeting was over we left our differences in the office moving to working with the players supporting each other. So if there was any dirty laundry to air, we did it in meetings behind closed doors putting egos aside and keeping the best interest of the player in mind. We did everything we could to be completely organized with all programming and scheduling, reporting and scouting so if there was a disagreement with a player or players(s) we had good information and platform to have a meaningful discussion.

Differences and similarities with a club vs the national team….. You could probably write a book on this. Working with a club was like seeing your family every day, you love them but sometimes you get sick of them and how they act etc,. Not every day is going to be a great day so how do you manage those expectations, what do you confront and what do you let slide. It was more about really educating the players to empower them to make the correct choice and providing the environment to conveniently allow it. So I might not be as militant about things happening or happening at that specific time etc. The player is also playing for money, it’s their job/profession. With the club the player has different stresses ie family, day to day things) than in the national team as sometimes it can be a break to get away from those stresses. I always tell people to imagine if you worked in a place where every hour someone was barking instructions at you to do something and that is was for your own good and the better of the company. I want to rebel just making that statement. So I think you have to create an environment to where athletes can make the best decisions on their own and you are more there to create a guided learning decision making process. I know it may sound hokey but a lot like raising kids.

With the national team, it is optional, the player doesn’t have to be there to do their job, they are playing for pride and their country so there is a different motivation. Certainly it helps their club/job life but it is optional. Also you don’t see each other ALL the time. Its like getting together for a guy’s weekend. Everyone is happy to see each other, catch up on stories since the last time, so there is always this feeling of a little bit of a reunion. Haha, this is also my opinion, maybe if you asked others they would tell you something different. A club you can create more of a long term plan for a player whereas working for the national team you have very little time to make change so it is taking what you got and trying to do the biggest bang for your buck things while still educating the player for the long term. Also with the national team you are together for a short term goal compared to a season and it is easier to get through the stuff that a player may not like, like getting in recovery tubs consistently. It is easy to see the end where with the club, it’s a long season and you are just going to do it again next year……. 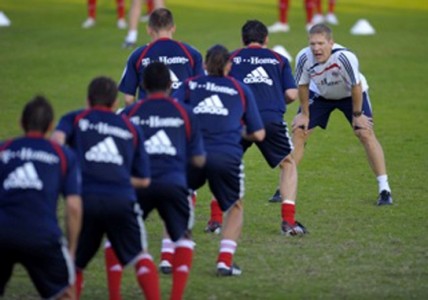 Mladen: How was the overall preparation organized? How did you solve the issues with players coming after long season, managing young vs. old guys, injured and broken vs. unfit? How did you rebuild them and get them ready for dense competition in the heat? What was the preparation philosophy? What screening did you use long term to identify individual strengths~weaknesses? What did you struggle with and what showed as an opportunity? What could be done better?

Join Us TodayAnd Instantly Save $1825

Be the first to find out about the newest & hottest sports jobs on the market.