Is Power/Speed Reading in Clean and Snatch Counterproductive? 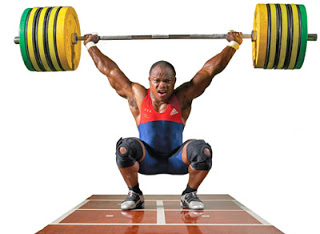 Just had a great talk with Travis Fisher regarding velocity-based strength training (he is only one I know using it and trying to figure out a solid system) and we touched a little bit on using velocity/power readings during Olympic lifts. Could one predict readiness (day to day variability) or 1RM by using velocity as with bench, squat, squat jump?

As I have wrote in couple of articles using velocity of a lift one could create load-velocity profile and estimate 1RMs pretty reliably (see the research papers by Juan J. González-Badillo, Mário C. Marques and Luis Sánchez-Medina) along with prescribing training volume (using velocity drop offs) and intensity (by using velocity instead of % of 1RMs) and taking into account day-to-day variability in readiness. I believe there is a huge potential in this approach and I plan experimenting more with it and maybe writing a starting workout guide with Travis.

I was wondering about could this be used in clean and snatch? Could you (1) estimate 1RMs in clean and snatch from submax velocities (peak or average), (2) should you provide instant feedback in terms of power or velocity of the lift and (3) can you judge the daily readiness from variability in power/speed from the same submax weight? I believe it is simply more complex than the thing with squats, squat jumps and other exercises.

I am not aware of any studies in this regard and if someone knows them please give me a heads up in the comments. Or if someone wants to give me a funding or PhD scholarship to do those (and a lot more) let me know too 🙂

So until I get more empirical data I will based my opinion on rational thought.

In short I believe answer to those questions is… no. Let me expand.

In balistic movements the goal is pretty straight forward – lower the weight (quickly or not depends if one wants to utilize elastic energy and reactive strength) and explode up as much as possible. Power, force and velocity are estimated/measured during the concentric phase of the lift that starts from the bottom position (lowest reach/distance) and ends up at the highest point in the movement. This might be tricky – it is questionable should one use the total distance of the barbell as concentric range (this involves flight phase) or only while the barbell is in the arms (in the case of bench throw) or until the full triple extension (in the case of squat jump). This again depends of the protocol used (protocol dependency) as I have pointed out in this article.

As Dan Baker commented on it: it doesn’t matter as long as it is improving over time. But it makes comparison between exercises a lot harder. And this is especially important since we like to compare exercises and choose camps along with writing nice headlines: dynamic effort squats create more power than Olympic lifts; max power output happens around 50% of 1RM, the highest power output in jump squats is with bodyweight only, etc. But I digress.

How the things are measured matters.

When it comes of Olympic lifts the things are not that straight forward as with other ballistic movements (even they have certain nuances).  They are a lot more technical and they have phases that are interdependent. And besides this not all phases are done with highest effort. For example, if you rush in the first pull you might end up screwing the second pull and totally losing the lift.

I am not expert on Olympic lifts, but I think those who are will agree with me.

If we measure power, force or velocity of a lift it is questionable where one should start and stop the measurement (as with bench throw and squat jump example). Should the measurement start from the ground or during the second pull? Should it end on the highest point of the lift, or at the highest position of the triple extension?

Even if we get this measuring issue straight it is still questionable if one could use it to estimate 1RM or provide daily readiness estimates.

Here is an example. Suppose my 1RM clean is 150kg. I do sets with 100kg. I attach the LPT to the bar to get power output or velocity. I do this submax clean without looking at the numbers. Then someone say try to generate more power or more speed by providing me instant feedback during the lift. How will this goal/constraint affect my technique?

One might rush the first pull to get higher average power or velocity. One might increase the power of the second pull to get the higher bar height which might end up in doing power clean or even muscle clean.

Please note that this might happen with the squat as well – one might end up being on toes or even leaving the ground. Thus measurement MUST be within the technical model of the exercises and sometimes providing a non-specific feedback might end up screwing up the technique itself.

At the end – what is the goal of the clean? To lift as much weight as possible, or to produce the highest power output (especially with submax weights)?

I am not aware of anyone getting a gold medal in being able to produce most power output during the clean & jerk (who knows, maybe with Crossfit we might end up having those medals as well). Power output is the side-effect. It happens when you optimize the movement. I am not sure that the power output or velocity improvement during the submax lifts should be the goal and/or feedback with Olympic Lifts.

Yes – you maximum power will be increased as your 1RM increase with the clean and snatch, but should the goal of training be improving power output with submaximal lifts per se? Or something else?

My question would be what would be specific feedback during the Olympic lifts then? Could it be singleblind (where the athlete is not aware of being tested/measure) power/velocity of the second pull (could this be used to create load-velocity profile and estimate of 1RM)? Or could it be something more elegant and complex than pure linear power/speed? Like rhythm, timing, depth? Olympic lifting is a skill.

This might be the same thing that happened to sprint analysis – vertical or horizontal forces, stride rate or stride frequency, flight time or contact time? Then we have coaches focusing on maximizing/minimizing those and forgetting about the bigger context, about the skill, about total movement, relaxation, rhythm, elegancy.

“Make things as simple as possible, but not simpler” as said by Albert Einstein.

I have spoken with couple of athletes and coaches that said that the highest power and highest velocity happens when they relax and let it happen. My boxing coach said he was never able to knockout anyone when he really pursued it by aim to hit them hard – but instead it happened when he relaxed and let it happen. Sprinters reach highest speed and jumpers highest jump when they are most ‘relaxed’ and effortless.

So the whole point of this rant if mind your feedback. Not all feedback is created equal. Check the bigger context.

Another message is the importance of understanding how the things are being measured and estimated. So it is not so simple to state what movement created more power output – clean or squat jump, because they don’t have exactly the same movement goals and constraints.

Safety (along with skill learning) might also affect the selection of power development exercises. For example in clean you accelerate the barbell up and catch it couple of inches below the top height. With squat jump you accelerate the barbell up in the air and then you drop for a lot more inches from the peak height down to the ground. This creates a lot of impact due the difference between peak height and start of the catch/amortization. One also need to take into account the eccentric part of the squat jump when you quickly lower the barbell and quickly reaccelerate it (in the case of countermovement squat jump).

Thus cleaning 60kg (not with a cloth though) is a lot safer than squat jumping 60kg IMHO. And a lot of researchers doing squat jumps with a lot of kilos uses Smith machine with pins and/or special breaking devices. In my opinion it is a lot safer to use hex barbell jumps than squat jumps. If you use them (especially with a lot more weight than 30% squat 1RM) it might be wise to do it in a cage with safety pin and doing it only concentric wise. But this again depends on the athlete/sport.