Keep It Simple, Stupid (and Short)

Going along with my rants regarding planning strategies I wanted to give you a nice example of an error from my side. Few years ago (season 2009/2010) when I was involved in a women volleyball club from the First National League I started planning annual cycle based on the info I got from the head coach regarding the goals and competition schedule.

Well, the plan can be seen on the following picture and the general loading parameters for each “block” can be seen in the table next to it. If you want to see a bigger picture, just click on it. 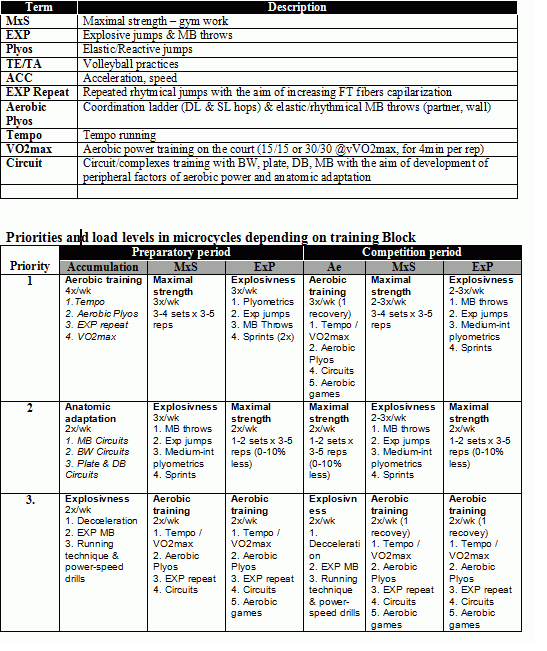 Don’t get into details of the plan too much, since I didn’t manage to put it into use. Why? Because I haven’t seen the athletes before making it, who were young girls that did not need such an “advanced” and complex planning at the first place. They needed to learn how to move, sprint, squat, lunge. You know – the basics. On the other side the communication with the head coach failed because he was a “one man band” and we couldn’t find a “common language”. You know, shit happens.

This is why I mentioned the “physical preparation coach curse” in interview by Robbie Bourke – we are always “second” and we need a good and supportive environment (training facilities included) and coaching staff to do our best in the first place. Here in Serbia clubs don’t have (strength) facilities, so we use, make and order what we can and what we have budget for, which is usually low to none. I had a real pain in the arse that season while trying to get couple of medicine balls for the girls since the factory was closed and they were not available anywhere. A lot of trouble and pain during that season. A lot of modifications of the plan. We could have played play-off easily, but some weird shit happened. You can’t control everything.

Anyway, what is the point of this short blog (thank you Lyle for making me write short blog entries, you lazy dog lover)? Well, couple of them. Let me just list them.

1. Making a nice graphs and annual plan doesn’t make you a great coach – it makes you nice graph developer

2. This one is my short rant from an email correspondence with my fellow coach Nick Monastiriotis who was at that time (end of June) beginning to work as physical preparation coach in one soccer club in Greece:

3. As I mentioned in the post from the letter above, KISS. Keep it simple stupid (and short). Lyle made a great post regarding fundamental principles vs. minor details . We don’t need to act like experts and plan every single detail. Look at the big picture. Start with the basics first. “Athletes don’t care how much you know until they know how much you care” – which would mean before making a extremely complex training plan and program, build the rapport, build the team culture and trust. Start with the “idiot proof system”. Start with the basics. KISS.

Well, another point I wanted to make with this blog post is that I don’t want to be proclaimed internet expert. I make mistakes in planning. I have injured an athlete or two with stupid shit in the past. But I am learning and I am open for constructive criticism and knowledge sharing and discussion. We are all in this “game” (I won’t use the term industry because it makes me want to puke, but since I am on intermittent fasting I wonder what will go out) and as my college professor Vladimir Koprivica use to say, we are more similar in what we DON’T know than we are different in what we know. It amazes me how much late Charlie Francis was humble, willing to share, open for constructive criticism and simple. I admire that type of coaches. Are there any more of them out there? 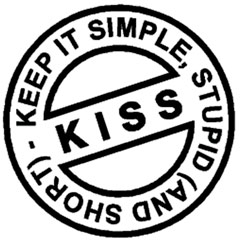