In the following lesson, Mike Tuchscherer continues his discussion on the best practices for each lift, now covering the bench press.

In Mike’s RTS, the bench press is afforded with 6 slots: 3 for Primary and 3 for Secondary emphasis movements (see figures). 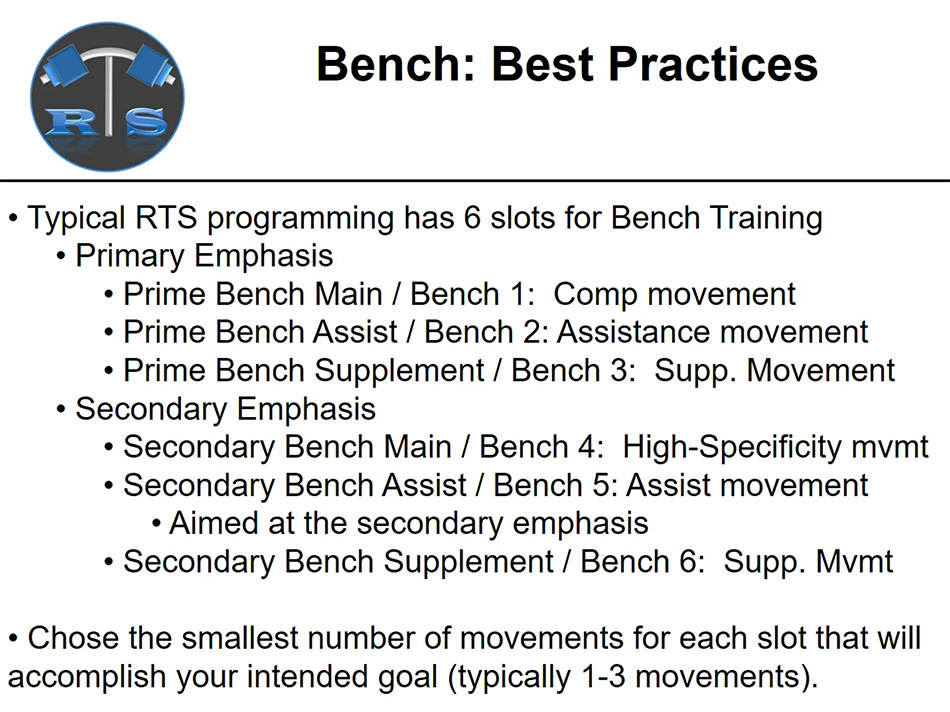 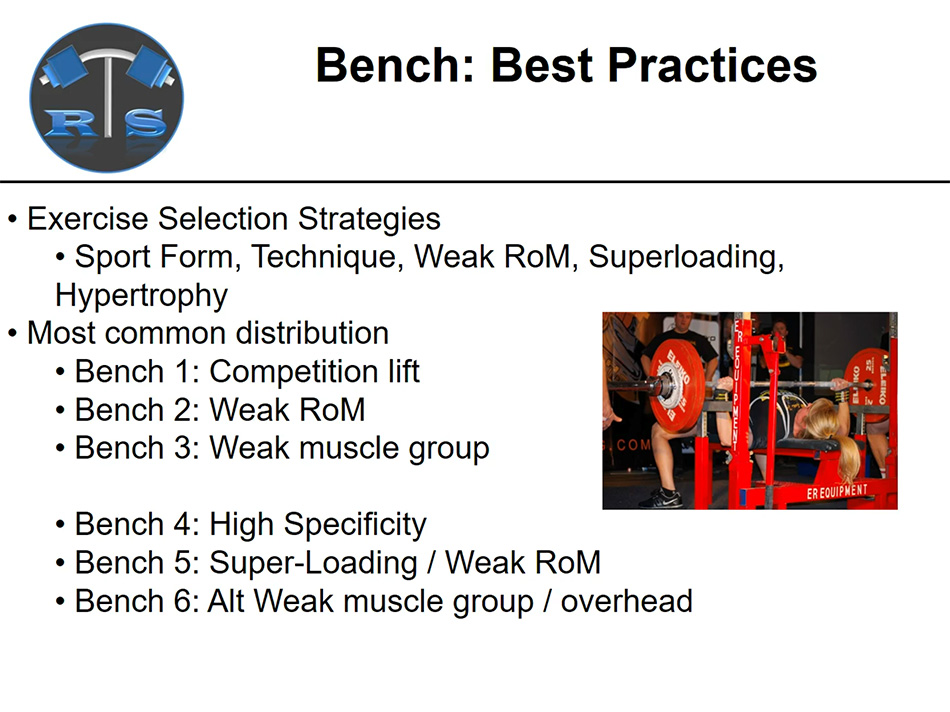 Mike continues by explaining exercise selections based on the weak points and ROM, as well as weak muscles (see figures). 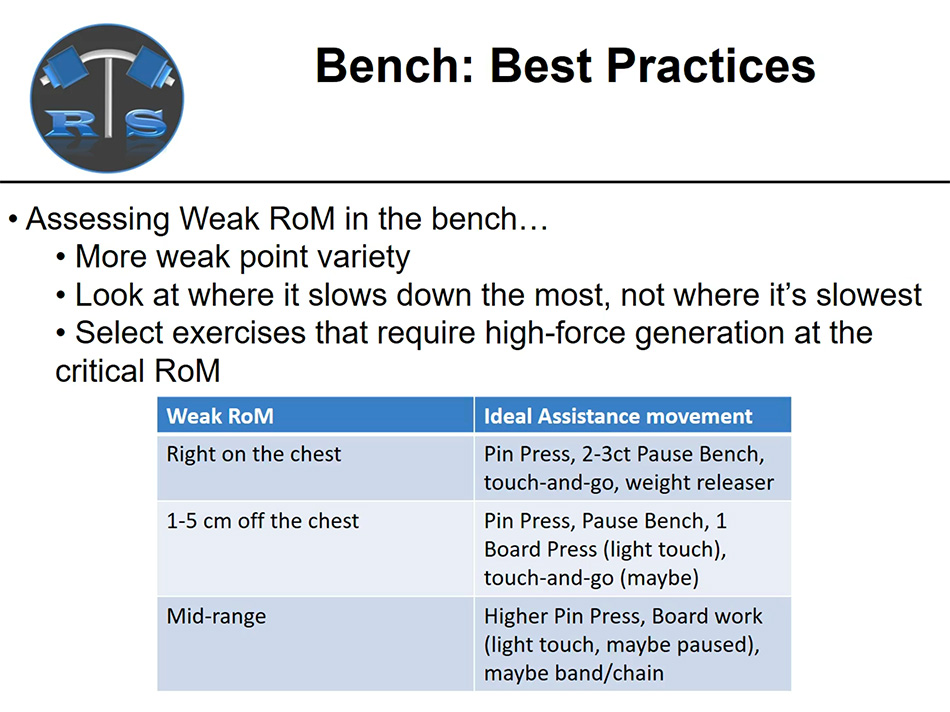 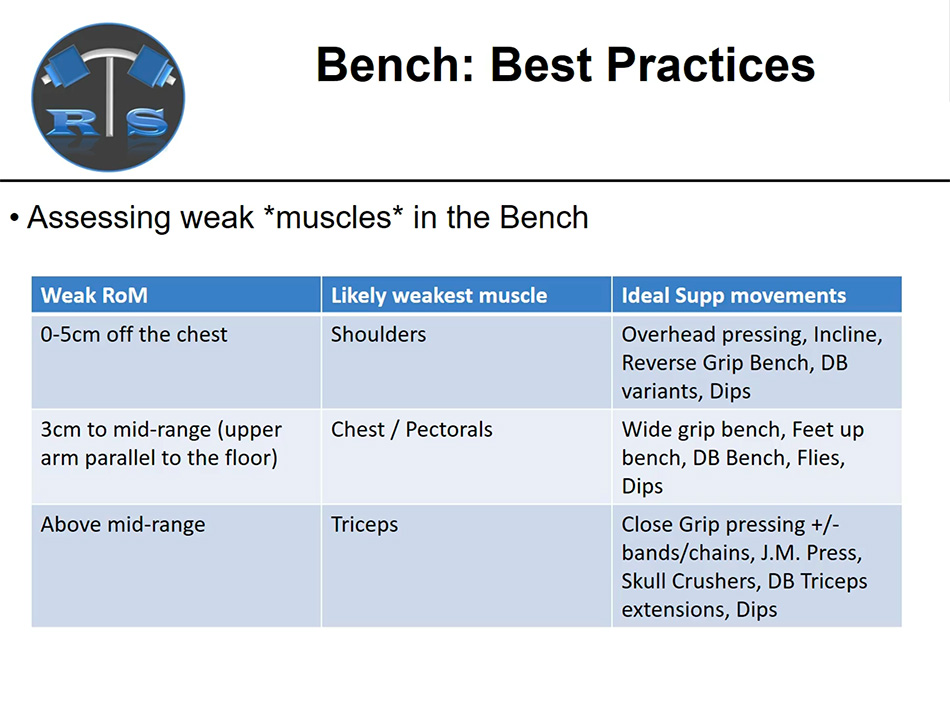 According to Mike, bench press needs and can be afforded generally higher intensity, higher volume and higher frequency. Please check the video for further discussion on the best practices for improving bench press. 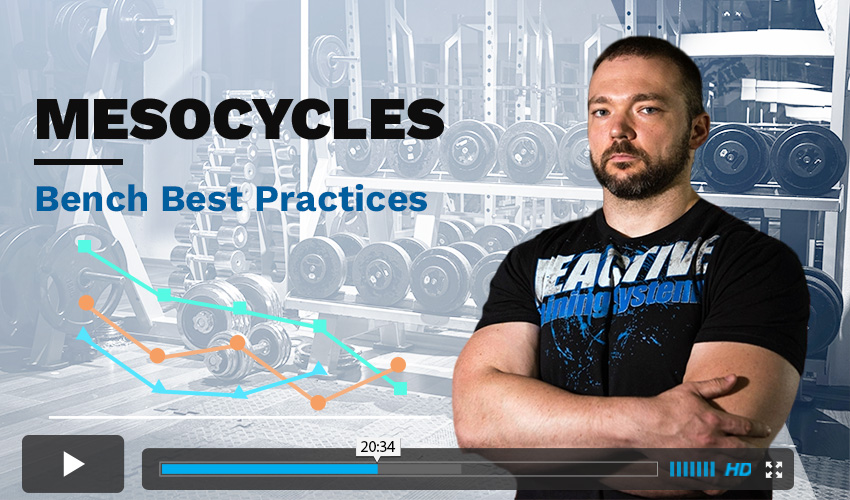 Premium Membership Just Got Even Better!

Get 1-year membership, all the cool bonuses at once, and instantly save $805! 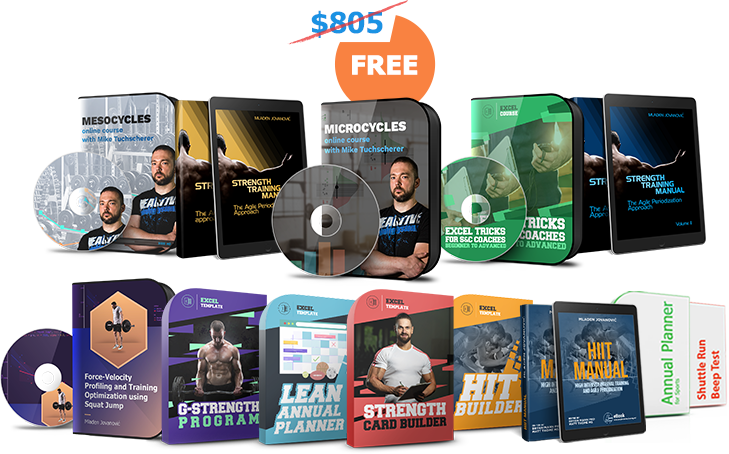 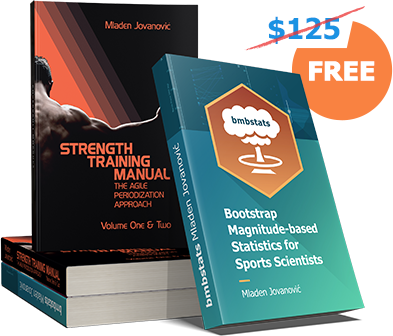 Join NowAnd Save 930$ in Total

Mike Tuchscherer is the founder of Reactive Training Systems as well as a competitive powerlifter. In his own powerlifting career, Mike has racked up wins all over the world including national titles, world records, and IPF world championships. In 2009, Mike went to Taiwan and became the first American male in history to win the gold medal for Powerlifting at the World Games. Since, he has been pursuing raw competitions where he has continued to set records and compete among the best on the planet. Professionally, Mike has coached 12 national champions, 2 IPF world record holders, national record holders in countries throughout the world, pro level multi ply lifters, strongmen, and literally hundreds of lifters who have set incredible personal bests following Mike’s coaching advice. 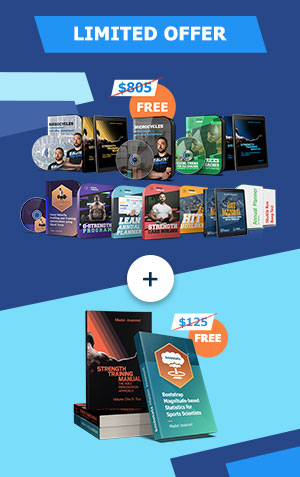