Phase Potentiation Is Probably Overrated and Here Is Why

Phase Potentiation Is Probably Overrated and Here Is Why

Phase potentiation is a fancy way of saying that the order of training blocks (phases) matter, in terms of training effect. This principle is pretty much the basis behind periodization (e.g. Bompa’s periodization), especially the Block Periodization Concept, by Vladimir Issurin.

“Phase Potentiation is the strategic sequencing of programming phases to increase the potential of subsequent phases and increase long term adaptive potential.”
(source)

The phase potentiation gets us to organize training in block sequences, such as the famous Bompa’s strength training periodization: 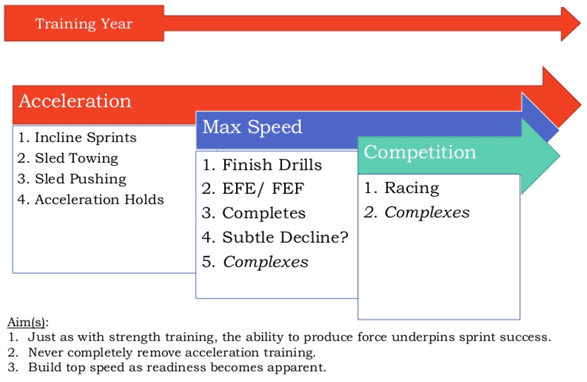 Figure 2. Brad deWeese phase potentiation for the enhancement of speed

The logic of such an organization is clear – one needs more training load saturation directed at low number of qualities identified to promote adaptation and improvements in performance. Pretty much all of the authors agree that non-emphasized qualities need to be maintained somehow in those concentrated blocks to avoid de-training. This is pretty logical and wise strategy, when it comes to biology and risk/uncertainty (see Barbell Strategy in Agile Periodization).

But does the actual order of the blocks matter? Would some other order be better or worse, when it comes to realized performance and adaptation gained?

Let’s agree that the specific order of the phases (i.e. the logic behind phase potentiation) is important for the performance realized at the end of the phase sequence. What happens next? Well, we repeat the sequence:

Figure 3. In real life sequence is repeated then

Since the studies exploring a phase potentiation are short in duration (i.e. one phase cycle), the question is – “Does the sequence of the phases matter in the long run?”

I am not aware of the studies exploring this over the long term, but one study, conducted over 10 weeks, can give us a small glimpse that once the phases repeat, the effects tend to be converging to equal or similar (James et al., 2017):

“Taken together, despite sound theoretical underpinnings, the experimental evidence available has failed to show significantly greater adaptations to ballistic training in stronger versus weaker individuals. Furthermore, because of the limited variation in these programs it is not known whether the adaptations to an integrated approach, such as those commonly found in high-performance settings, would be influenced by initial strength level. As the basis for these theorized preferential adaptations to high velocity training amongst stronger individuals is a more favourable neuromuscular profile (1), it is of particular interest to also investigate the changes in neural activation and movement mechanics responsible for the performance adaptations. It is therefore the purpose of this study to compare performance changes alongside force-velocity, neural and force-time responses to an integrated ballistic training plan between stronger and weaker individuals. Peak velocity was chosen as the primary outcome variable due to its highly influential contribution to athletic performance (27). It is hypothesized that stronger individuals will display more rapid adaptations to such training, underpinned by alterations in muscle activation, movement mechanics and the force-velocity relationship. Identifying the changes in the most important muscle functions across a multitude of sports that result from this stimulus will have a major impact on training practices in sport. Furthermore, if differing responses are revealed between the two groups then training interventions can be better tailored according to the physiological composition or development status of the individual.PERSPECTIVE

The present results reveal that the development of maximal velocity based expressions is influenced by pre-existing strength level, with greater early stages improvements experienced by those who are stronger. The mechanisms driving the changes in performance are also different between groups, with neural, force-velocity and mechanical adaptations characteristic of improvements in maximal velocity in those with already high levels of strength. This is in contrast to the weaker group who displayed more general adaptations to training (shifts of both force and velocity alongside moderate changes in the magnitude and rate of muscle activation). These findings are of great value to training practices as they reveal that it is advantageous for individuals to attain a high level of strength before emphasizing plyometric, weightlifting derivatives and ballistic training. However, those who are stronger should not remove heavy strength training, as the decay of force producing capabilities likely limited improvements, particularly after 5 weeks. The results of this study might also have important implications for technical training. As many technical factors are dictated by velocity also (27, 38), the findings of this investigation provide evidence that those who are stronger may more quickly respond to technical training.”

Chris Beardsley provided a visual summary of the (James et al., 2017) study in his infographic: 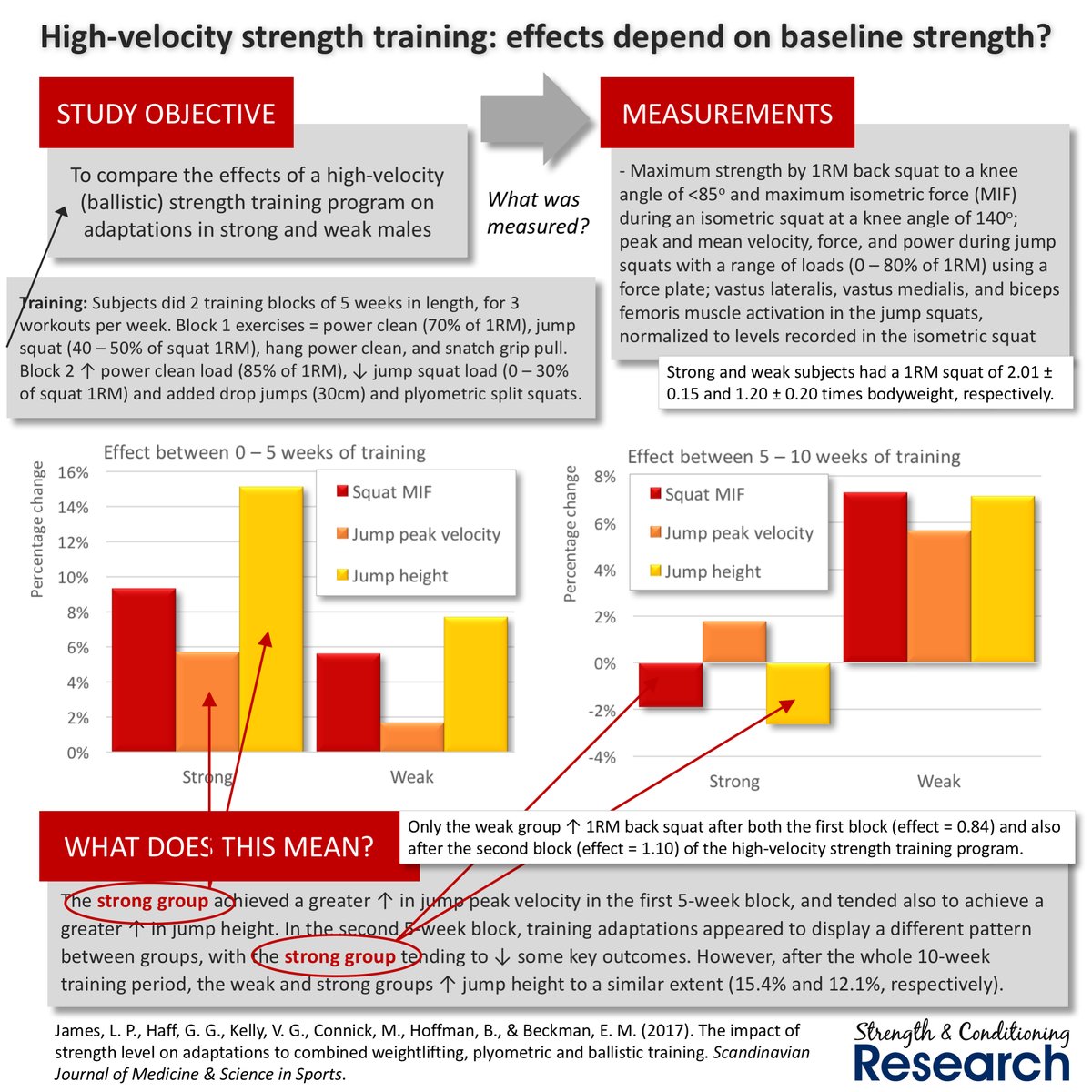 The study confirms that stronger individuals reached higher training effects with ballistic training, and this can be considered confirmatory evidence for phase potentiation (first develop strength, to reach better ballistic effects). On top of that, the study also showed that the effects tend to converge to similar magnitude, after the phases are repeated.
Although I do not have an evidence in a randomized control study, my belief is that order of training phases doesn’t matter much in the long run. Maybe in peaking phases we can milk out few more percents (which can be of penultimate importance for performance) with specific sequencing, but in the long run (years), I believe that it is the variation and saturation that matter, rather than some specific sequencing order of phases. So don’t be a slave to long term specific sequences – saturate/emphasize the qualities you are lagging at, maintain string of all important qualities and don’t be afraid to vary and randomize. The sequence probably doesn’t matter in the long run.

Welcome to Complementary Training Community! › Forums › Phase Potentiation Is Probably Overrated and Here Is Why