There is one bias in humans (although there are many, many more) – we believe (or perceive) that members of some external group are more cohesive and pretty much the same, whereas at the same time we perceive variations and differences in the groups that we belong to.

There are many (sub)groups in a team sports group/team, and they can be created by using different criteria. Ideally (or in theory), we want to approach each athlete individually, but in reality that is pretty hard, so putting the athletes in the same buckets with similar quality allows for information compression and quicker & more efficient actions, and lower mental load. There are indeed some inherent traps to this categorical thinking. 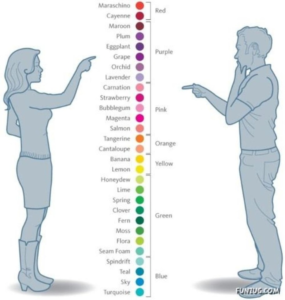 In the picture above, it can be seen that there is a fight between more or fewer categories since fewer categories provide less mental load, but on the flip side, they hide the intrinsic details (differences within categories, and similarities between categories, especially on the border). Hence, there is a tug-of-war or other complementary aspects (more/less, between/within).

There is an inherent risk of labeling someone, but there is also an inefficient way of approaching everyone individually (although we should strive for that). The solution is to use groups then, but also to remember to frequently re-evaluate them and strive to approach everyone individually.

There can be many groupings in team sports (e.g. position, age, experience, or clustering based on some algorithms), but in this chapter, we are mostly concerned with “functional groups”

So what are the functional groups?

Without being able to come up with the more appropriate name, functional groups relate to the current training status of the athlete (i.e. away, national team, injured, available, etc) and whether they played the previous match or are they going to play the next one. This makes planning a bit easier for the coach, although there are going to be frequent movements of the athletes from group to group.

As pretty much everything in this article, this represents a “jig” that constrains the “degrees of freedom” and makes decision-making a bit easier. But, based on your unique situation and context, you are more than free to modify the jig.

Here are the categories I use:

Not sure I’ve picked the right terminology but it seems logical to me, and you are free to modify it.

Playing Squad refers to athletes who played the last game over a certain threshold (for example, in soccer we use 60min) and also represents the athletes who are going to start the next game (i.e. starting line up).

Reserves, sometimes called the Bench refers to the athletes who were in the last game and are in the next game protocol, but who haven’t accumulated enough minutes to deem special treatment (e.g. recovery training the next day). For example, in soccer, we have 11 starting players, and 7 athletes on the bench (6 sub players, and one extra sub goalkeeper). For each game, 18 athletes are enlisted in the game protocol.

Playing Squad and Reserves differ the most after the game, where the Reserves might do an extra hard day (conditioning), and the Playing Squad might do a recovery session. They differ less as the week goes by, and due to inherent risk, they most likely do the same training couple of days preceding the next game. This is due to the uncertainty of the game, where we cannot afford to have reserves tired since they might go in and play a full match.

Non-Travel refers to the athletes who were not in the previous game protocol (e.g. in soccer not in the 18) and who are not in the next game protocol. Most likely these athletes are not traveling with the team, so they are called a non-travel group. These players can afford different training regimes, and they mostly consist of younger athletes and injured athletes (although injured ones have their own group). Together with the Reserves, the Non-Travel group can be playing the “Reserves League” or participate in the club Academy competitions.

Injured group is pretty much straight forward. These are the guys who are not fully available for training nor games due the injury. The injury group can have multiple sub-groups based on your medical/athletic training approach to return-to-play. For the sake of simplicity, I use three subgrups:

These phases correspond to rehab phases. For example, Phase 1 is related to completing the rest of the affected area, where the aim is to protect the location (e.g. acute phase). Phase 2 refers to the repair phase where we need to start loading the affected tissue (e.g. remodeling phase). Phase 3 is a functional phase where the training loads need to be slowly increased to the pre-injury levels. In Phase 3 athletes should follow very simple heuristic: two full training weeks before allowed to play the game. Athletes should participate in the team sessions as much as possible and they might have the “modified” status (e.g. wearing the special shirt color or a cap for the teammates to know not to make contact with them etc), or “fully training” as in the later Phase 3 stages where they need to accumulate enough of training volume before being allowed to play.

The movements from phase to phase should be criteria driven 1,2.

It is worth repeating that the phases mentioned should represent your return-to-play philosophy and there can be more or less of them.

Away group represents athletes who are on the National Team camp (multiple times a year for a week or more), competition (i.e World/European Cup), or are borrowed to another club and still administratively in your club/team and demand performance management, as well as regular correspondence.

Utilizing these groups can make management easier, but if you don’t make it more “transparent” and visually indicated, it might be really hard to follow, especially with the frequent movements of the players from group to group. It is up to you to make this awareness for the players or not, although I prefer a high level of transparency and to include the athletes in some decision-making, or at least make them aware of the current situation.

So how can this be done? The Japanese industry have been using visual radiators called KANBAN boards (REFERENCES). Kanban boards are really simple way to visualize the processes and workflows for higher transparency and being able to quickly see the potential issues and bottlenecks. 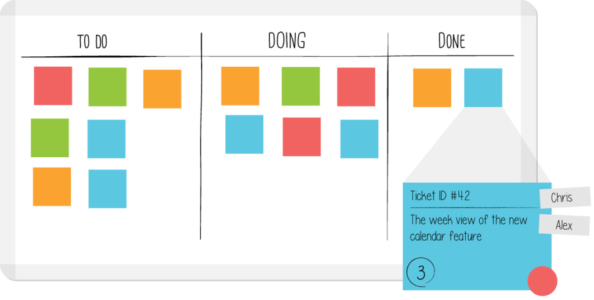 Figure 2. Kanban board. Property of LeanKit

The easiest implementation would be a whiteboard with sticky notes or magnets with player names/pictures. Other tools might include electronic tools that share the data on the “cloud” and hence the board is accessible from different locations. Softwares such as AthleteSR (author’s product), Asana, Trello, Eylean, LeanKit and other IT management tools are potential solutions. There can be one big touch screen in the coaches’ room where coaches can quickly drag and drop athlete cards. But there is something pleasing in physically moving the cards.

Here is the simple implementation using the above groups:

As mentioned above, this could be a simple whiteboard with magnets. The daily stand-up meeting can be done in front of this board and the whole staff including players could be easily aware of the current status by making things very transparent.

You can also track how long each player stays at the given group/phase over time (or across sprints) which can give you an indication of the training load or bottlenecks in the return-to-play. Some software, such as AthleteSR (author’s software) can track these. The simple solution can be a simple Excel table with an indication of the athlete’s status for a given day.

Figure 4. The functional group status of players across days

While the Kanban board allows current workflow snapshot, the above sheet allows for tracking of the changes. This can be informative and we can also use this to plan for player rotations between groups. One philosophy of player rotations advises recovering main players every now and then (moving from Playing Squad to Non-Travel), while another philosophy advises to always play with your winning team since they know each other the best and hence they have the highest level of the game communication and chances of winning. In this case, the rotations happen between Reserves and Non-Travel groups. In either way, using the Kanban board and functional groups history allows you to track the movement of the players and make the most informative decision.

The whole point of using a functional group is in easier planning as we will see in the next chapter.