A quick blog entry about things that are currently on my mind. Watch for harsh word because I am in da mood today.

Do you mind if I ask what the f*ck is that? And where is the line between GPP/SPP? I don’t buy this distinction – this should be both~and instead of either/or.

The goal of any training mean and method should not be in developing general athleticism, but rather providing TRANSFER and TRAINING EFFECT on improvement in performance and injury prevention. We need to take into account potential training effects of every training mean based on the sport involved, taking into account the level of the athlete and his needs, along with developing overall training system.

Thus, in GPP we are not doing general strength exercises and steady-state aerobic run for the sake of doing it or developing GPP base or general athleticism, but rather to gain transfer and training effects of these means to competition activity and to other means to come in the training system.

Take for example generalists and functionalists. For the functionalists the training mean has no training effect if it doesn’t imitate (dynamic correspondence) the competition activity.  On the flip side, for the generalists all you need is to do lift weights and do some running and everything will fall into place. You can probably see that there are problems from both camps. They are forgetting the relationship between specificity~overload. You can’t provide overload if you are doing specific things (competition activity) all the time. We need to utilize more complex approach where every mean has a place in well-developed training system if it provides transfer and training effect to competition activity,  injury prevention (capacity and stability of sport results) or other means to come. Taking the example above, we are not doing steady-state running for the sake of doing it, but rather for providing training effects in terms of capilarization and local muscular endurance for more intensive training methods to come later.

One of the books that is discussing this very issue is Ultimate MMA Conditioning by Joel Jamieson. Make sure to get that one. 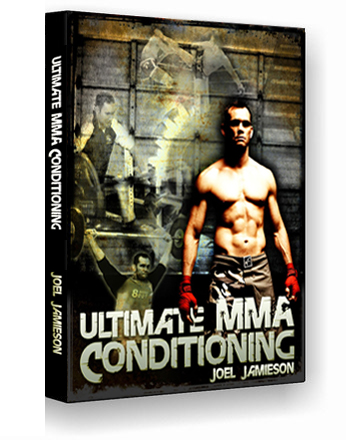 I was talking to one professor and researcher over phone and he told me that “Half informed people are more dangerous than un-informed people”. This is a true pearl of wisdom. I have dealt with people and coaches that read something or heard something, and then think that everything revolves around that thing. For example, someone heard about the unstable surfaces and how they are awesome and stuff and they judge everyone else by that belief, if he is utilizing it or not. Or, someone heard that there is a “lactate threshold concept” and then base all of his training on this concept, without expanding his views and realizing that more knowledgeable people are arguing in peer-reviewed scientific journals over this for years. These people are dangerous because they think they know something, yet they know jack sh*t.  It is hard to change their half-informed mind-sets and beliefs.  I think most of us are slaves to our short-sighted beliefs.  I probably am, since I have judged people who (1) did not do squats, (2) did the steady-state  aerobic training. The more I know the more I know I don’t know and the more humble I am.

I can’t get over the impression I give to people due my built ( for which I worked for hard for years plus some good genes). When someone first sees me, they often believe I am dumb muscle head who work at the doors as a bouncer. Sometimes that pisses me off. Just my two cents.

I  received a copy of Special Strength Training: A manual for coaches  by Natalia Verkhoshansky yesterday.  I wanted to thank her for sending me a copy. Natalia was familiar with me and my writings mostly from Charlie Francis forum (my nickname is duxx on the forums) and she told me that some parts of Appendix 4 were written after reading some of my posts. This was a true compliment for me.

Anyway, I am just starting reading the book and it looks really well edited and full of information. I will do the full review as soon as I read it. While you wait, I highly suggest you order it. 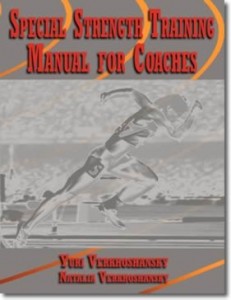