Suppose you are coaching two distance runners, one with MAS (Maximum Aerobic Speed) of 18km/h and one with MAS of 21 km/h. The former is definitely more aerobically fit and would crush the latter in most middle to long distances (taking into account that threshold is proportional to MAS). 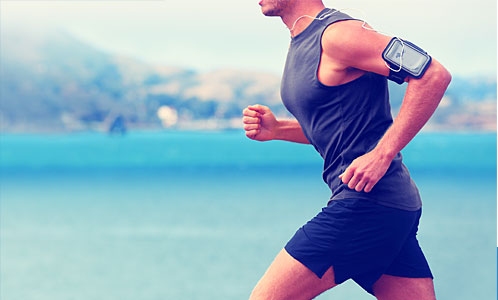 How would you approach their training and analysis of training loads? Would you prescribe threshold pace (tempo runs) of the same speed and distance to both, or would you take into account their individual differences (MAS level)? In other words, would you say do 2x10min @80% MAS or would you say 2x3000m @80% MAS? Or even worse say run for 2x10min at 16km/h to both of them?

In the case where distance is prescribed the slower runner will experience significantly higher workload. (Tip: This is why it is retarded for up and coming runners to copy weekly mileages of high level runners – might be more injury-proof to copy their time spent running although this might also be too strenuous)

Unfortunately, gold medals are not given to those who express highest effort to their ability (“I got 11th place, but I was running at 95% of my VO2max, while the guy that won  run at 93% of his VO2max – that’s not fair!”) – They are given to those who express highest effort absolutely. In endurance world, races are not 10min time trials, but rather distances, like 5k, 10k and so forth. The winner is the one that covers those distances in least time, not someone that run them at higher %MAS.

What this all mean? It means that athletes and coaches should juggle both individual characteristics and distance demands (in this case distance, terrain, etc). They should plan their training taking into account both, but mostly leaning more toward individual characteristics at least in running world. This is the dilemma that bother a lot of coaches in team sports as I have alluded HERE.

Long story short – we prescribe training loads and analyze those loads for a single-subject based on relative indicators and compare individuals (give medals) based on absolute indicators. We need to take into account both (again complementarity).

With the recent advances and spread of GPS tracking technologies in team sports one stumbles on the same dilemma. The velocity bands are prescribed absolutely and training/game1 effort is sometimes judged by distance/time covered at certain absolute zone. As Martin would say “things are simply more complex”.

What I would love is to express some of my random thoughts on this topic.

When it comes to training, coaches2 would love to know who really gave an effort and who was slacking. Some of them would also love to know if the training stimuli is enough to stimulate adaptation response in, for example, aerobic capacities. Some coaches prescribe extra activities for certain players who didn’t spend certain time in certain [ABSOLUTE] zone during team session [because they believe these were not pushing hard].

Prescribing time/distance spent in certain absolute velocity bands as a training stimuli or quality/effort control is like saying to a certain lifter that he needs to have 10 total reps over 160kg during a strength workout, without noticing that his 1RM is actually 160kg. In squat. But today he did bench press. But I digress.

So I believe that FOR THIS PURPOSE (workload analysis, quality/effort control) one should use RELATIVE zones. But this is not without problems. It is important to realize to there is no best way –  don’t fall into the saying “if the only tool you have is the hammer, everything starts to look like a nail”. Pick the right analysis for the right job. In this case the task of analysis of individual workloads might demands relative approach.

In the study I quoted in footnotes they showed that players with higher MAS covered LOWER distance at zones over MAS during a game. Were they slacking? No. They were fulfilling the absolute positional demands by stressing themselves less in relative terms. There is NO direct causality link between being more aerobically fit and running more in a game. Being more aerobically fit might mean that you are stressing yourself less and this might yield less fatigue related errors in technique, etc. One thing to remember is that regardless of MAS levels, distances below MAS were decreased in the second half. So, even if one might increase his MAS, there still might be decrease in distance covered over duration of the game. Again, simply very complex things. We are still clueless what causes this – fatigue or tactical demands, or both.

When it comes to SSGs there might be a ceiling effect [absolute indicators] or even a drop [relative], which mean that players with higher MAS might spend less time/distance3 in higher intensity zones. We would need both cross and longitudinal studies to confirm this idea.

What this might mean is that SSG might not be enough to provide an overload for players with higher MAS. On the flip side it might also mean that further increase in MAS might not yield any benefit in distance covered during  SSG/practices/games, so there is no point in increasing it from that aspect. Simply more complex

Speaking of relative zones there also might be a question of their practical use. For example, the MAS and ANR levels might not vary much between players for a given team compared to Typical Error of GPS estimates. So this comes to signal vs noise problem. We might utilize relative velocity zones between players that vary around 0.5km/h, but typical error for GPS velocity estimates might be around that value which questionable practical usability of relative zones approach. It is beyond my statistical knowledge how to evaluate this. We need more research on this and the recent paper by Martin Buchheit is a move to a right direction.

Hope that this post got you thinking because things are simply more complex. Use your brain and use the right analysis to get the job done. IMHO, we need both relative and absolute approach for different purposes.

1 It is beyond the topic of this blog entry to discuss further implications of individual characteristics (e.g. MAS) to game related performance (expressed in both absolute and relative terms) so I am directing you to the papers by Martin Buchheit et al., like Mendez-Villanueva, A., Buchheit, M., Simpson, B. M., & Bourdon, P. C. (2013). Match play intensity distribution in youth soccer. International Journal of Sports Medicine, 34, 101– 110.
2 Coaches in team sports should stop worrying too much on the physical aspect of the performance and training loads and worry more about skill acquisition IMHO. A lot of them are pursuing blindly certain drills because players tend to spend X amount of time in this/or that HR/Velocity zone, instead of worrying on what are they trying to coach/teach group or individual (what technical/tactical/team play aspect). In team sports SKILL and team effort kills, especially in more skill related sports like soccer (this might be a discussion on itself regarding the differences between sports when it comes to worrying on physical performance aspects compared to skill acquisition aspects).
3 I believe this should be expressed as time instead of distance for the same reasons outlined with two runners at the beginning of this blog post.