There is a recent trend in team sports to completely ditch the running-based conditioning for the sake of performing only small-sided games (SSGs). There have been an over-use of running-based conditioning (i.e. running suicides for 20+min or doing long slow run for 60min) in the recent history and now the pendulum have swung into opposite direction – ditching them completely. 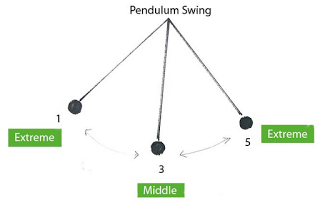 The famous German philosopher Hegel explained this common phenomenon using thesis-antithesis-synthesis triad, thus one could probably expect the pendulum to swing back to the middle and stabilize there. In other words, expecting running-based conditioning solely to get you in a game shape was erroneous as expecting solely SSGs to bring your game shape even higher. The solution is complementary: both general (running-based conditioning) and specific (small-sided games) are important and both need to be utilized in a sound training program. There is time and place for everything in training.

Let’s explain each of them. I will cover first four in this part and finish up in the second.

Work capacity in simple terms is ability to perform SPECIFIC work and recover from it, in short, medium and long time frames. It is very tied with Production vs. Production Capacity principle by Stephen Covey, the famous productivity guru. 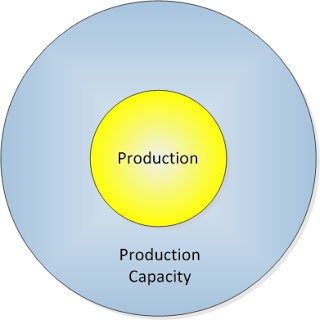 Getting athletes in shape should take into account improving their Production and improving their Production Capacity as well. What all of this means is that the goal of physical preparation or any other (i.e. technical, tactical) is not to prepare players solely for one game, or even worse to improve one sole physiological parameter (like VO2max, vVO2max, lactate threshold, etc), but rather to prepare them for the long season full of games and weeks full of specific training sessions.  This also means making players available for both training sessions and games during the long season very important (by making them injury proof), along with improving their Production capabilities.

Work capacity is thus same as Production Capacity. Most of the players can play a game anytime on freshness. They will do it, but they won’t be able to repeat it, along with being available for technical and tactical sessions (which are crucial for building skill and expertise). Sometimes the demands of training might totally differ from demands of playing. And we tend to overlook this.  Take (American) Football for an example – I am not an expert on it, but some positions don’t do much running in a game at all. Thus the conditioning (stamina) demands are pretty much close to zero. Yet, some of those guys are doing a lot of drills and running in practices. We need to get our athletes ready for both training and playing (games).

The problem with work capacity is that it is specific and it takes time to build it, thus specific workloads have to slowly increase in volume over time. That means you cannot ride a bike for 3 months only and expect your “game fitness” to be improved. Your Production might be improved (probably with increased aerobic capacities), but your ability to carry specific work and recover from it will go down the drain (if you don’t do it in parallel – hence the important of complex approach).  The only way to improve work capacity is to actually participate in you sport and your sport practices. But that doesn’t mean we can’t tweak it up a little bit.

It is interesting to note that some players, especially more aerobically fit ones, usually possess higher work capacity. Those players have higher MAS (maximum aerobic speed) and they tend to tax their anaerobic reserves less than more anaerobically dominant athletes. Coaches need to identify those two profiles and maybe tweak their training: anaerobically dominant athletes have huge Production to Production Capacity and they tend to be very powerful and quick, thus they demand more recovery time.

Anyway, all athletes can work on their weaknesses in higher or lower degree during the specific periods of the season and in this case that might involve building the aerobic engine (and anaerobic engine as well) whose improvement can help to improve work capacity (Production Capacity), along with improving performance during the training/game (Production). The key is to use general running-based conditioning as a SUPPLEMENT and COMPLEMENT to specific training. No amount of solely running-based conditioning will improve you specific work capacity. That’s why both need to be present in sound training program in higher or lower degree.

Another key note to memorize here is that all physical workloads have training effects in both Production and Production Capacity in different degrees. For example, if certain methods/exercises don’t yield direct transfer to Production (performance on the game) it still might yield Production Capacity benefits (reducing injury risk, help to improve work capacity and availability of the players) and vice versa.

There is a lot of research involving time-motion analysis of sport performance. Thus coaches are able to provide more specific workout that mimic the game demands.

I have problem with this – why would you try to mimic the game, when you can actually play it? Also, a lot of time-motion analysis utilize mean values and we might miss the most strenuous parts of the game that need to be addressed (I wrote about this in RSA is Overrated series of articles). Thus, instead of mimicking game demands (simulate) we should sTimulate it. We should identify the most strenuous game demands (per position) for our playing style and stimulate with both specific and general training sessions. This brings me to the next principle, but before I address that one, we should also remember the first principle (Work Capacity) – we shouldn’t solely focus on game demands (Production), but also on training demands that precedes and follow those games (Production Capacity) and that allow players to be available the whole season.

A lot of coaches believe that they can solve everything with specific training. One of the problems with this kind of approach is that there is a tradeoff between specificity and overload.