Most sports played on the field, such as soccer, handball, basketball, volleyball, rugby, tennis etc, demand extremely fast movements of the whole body, which are in most cases performed in response to a movement of the ball, a rival or a teammate. This crucial component of an athlete’s performance is usually referred to as agility.

Agility development is one of a strength and conditioning coach’s tasks; however, a clear understanding of an “agile” athlete’s characteristics, as well as the best methods for its development, is still insufficient, especially as compared to the development of the other components of physical preparations, such as strength or speed.

The purpose of this thesis is to summarize the current knowledge of agility, as well as to provide some guidelines for further development of this important motor feature.

At present, within the association of sports scientists, there is no consensus regarding a precise definition of agility. Agility is traditionally defined as an ability to change direction quickly (Bloomfield, Ackland and Elliot, 1994; Clarke, 1959; Mathews, 1973), but also as an ability to change one’s direction quickly and accurately (Barrow and McGee, 1971; Johnson and Nelson, 1969). Chelladurai (1976) points out that neither of those definitions considers perceptual components and components of decision making, which are an integral part of most sports.

In more recent publications, some authors have defined agility as including a whole-body change of direction as well as a rapid movement and direction change of limbs (Baechle, 1994; Draper and Lancaster, 1985). Verstegen and Marcello (2001) state that “agility permits the athlete to react to stimulus, to start fast and efficient, to move in the right direction and to be prepared to change direction, or to stop quickly in order to perform a sport technique in fast, smooth, efficient and repeatable manner” (pages 140-141).

The difficulties in finding an acceptable definition of agility are most likely a result of multiple factors influence from different branches of the sports science, which affect the expression of agility. Biomechanists might view agility in terms of mechanical changes included in a body position altering. A sport psychologist, who specializes in motor skills learning, observes agility in terms of processing the information involved in visual scanning, decision making, responding to an external stimulus, as well as in terms of processes that occur during learning and retaining specific motor skills. Strength and conditioning trainers observe agility from the aspect of motor skills required for a quick movement direction change.

The differences in definitions of agility could be due to different authors’ perspectives and fields of science they are engaged in. A more comprehensive definition of agility should consider physical demands (strength and conditioning), cognitive demands (motor learning) and technical skills (biomechanics) involved in agility performance.

Recently, Young, James and Montgomery (2002) presented a comprehensive classification of agility. They addressed multiple factors included in agility expression. In particular, the authors outlined two main components of agility – (1) change of direction speed (CDS) and (2) perceptual and decision-making factors. Within these two main components, sub-components exist, as outlined in Figure 1.

In addition to their classification of agility for running sports, Young et al. (2002) included the term ‘‘change of direction speed (CDF)’’ not only as a component of agility, but also to describe a movement wherein no reaction to a stimulus is required. In other words, “exercise for agility development” could be classified as a change of direction speed exercises (sprints with changes of direction; zigzag running), while others could be classified as agility (sprints with directional changes in response to a stimulus).

Examples that are commonly used as exercises for agility development, or as a test for its assessment, are different kinds of polygons, which should be passed as quickly as possible by moving in a defined manner, avoiding or being obliged to touch static objects (cones, sticks etc.) placed on the polygon (Figure 2). In these exercises, athlete is not responding to an external stimulus, which means that training or testing conducted in this way develop, i.e. assesses a change of direction speed (CDS), and not the agility! 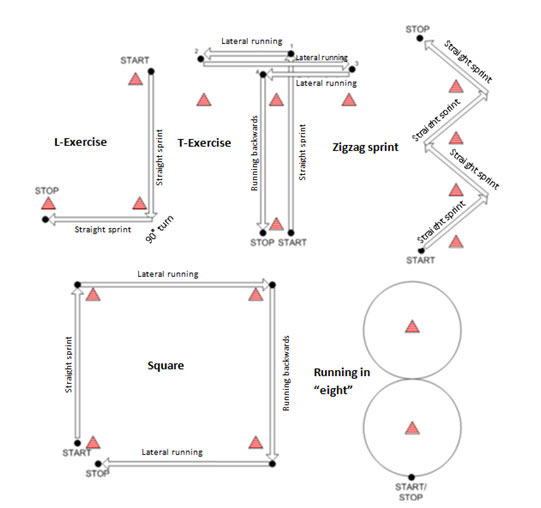 Figure2. Most commonly used examples of polygon for testing and developing agility

Finally, cognitive components included in motor tasks traditionally defined as “exercises for agility development” (zigzag running, T-exercise etc.), are significantly different as compared to the tasks that include temporal and spatial uncertainty (avoiding a rival in rugby, winning the ball in soccer, serve receiving in volleyball etc.). In most cases, performance of sport techniques i.e. skills traditionally described as agility, has an automatic response, and thus little or no temporal, i.e. spatial uncertainty (Murray, 1996). From the cognitive perspective, those are “closed skills”, and the uncertainty is limited.

“Open skills” require athletes to respond to sensory stimuli in their surroundings, and the response is not an automated or rehearsed response (Cox, 2002). To provide further clarification, the example of a sprint start might facilitate one’s understanding. When a sprinter is set in the blocks, they will initiate a movement in response to the audio stimulus of the starter’s pistol. However, the response is one that can be rehearsed and therefore pre-planned. Therefore, the sprint start is not an open skill and it also is not an agility expression, though it includes a change of direction speed in response to a stimulus.

Sheppard and Young (2006), as a result of a critical review of literature and scientific research, proposed the next definition of agility: “…rapid movement of the whole body with the change of speed or direction as a respond to a stimulus” (page 922). This definition of agility takes into account cognitive components of visual scanning and decision making, which contribute to agility expression in sports, as well as physical performance included in acceleration, deceleration, change of movement direction when avoiding a rival, sprint with a change of movement direction in order to make a contact with the ball, with other player, or start of the whole-body movement as a response to a stimulus (Sheppard and Young, 2006). To be regarded as agility, a movement should not only contain a speed change, or a direction change, but also be an open skill, in which a response to a stimulus is included, but not pre-planned (Sheppard and Young, 2006).

This definition of agility does not depend on movement direction change, as those previous definitions do (Bloomfield, Ackland and Elliot, 1994; Clarke, 1959; Mathews, 1973; Barrow and McGee, 1971; Johnson and Nelson, 1969; Baechle, 1994; Draper and Lancaster, 1985). For instance, the manifestation of agility could be an action of a soccer player who quickly speeds up in a straight line, or slows down in order to avoid a rival player, because this movement is non-planned, carried out in response to an external stimulus (the movement of the rival player), so it presents an open skill.

This topic contains 3 replies, has 4 voices, and was last updated by