Relationship Between Motor Characteristics and Agility

With a clear understanding of what agility is, i.e. which motor characteristics are necessary for agility to be manifested, it is possible to proceed with the examination of motor characteristics that can potentially be trained in order to improve agility. In almost every scientific research in which the author tried to assess the relationship between agility and different motor characteristics, as well as the impact of training on both of them, assessment tests in which time was measured, were used for agility, with one or more changes of motion direction. Based on already mentioned arguments, it is evident that these tests were not assessing agility, but change of direction speed (CDS). Considering that fact, the validity of these researches is reduced, and the applicability to agility that occurs in real, sports situations on the field becomes questionable.

The purpose of this section of thesis is to present the results of the studies regarding the relations between motor characteristics and the change of direction speed, as well as to determine whether the aforementioned Rooney’s and other coaches’ standpoint could be scientifically justified.

Relationship Between Linear Speed and Change of Direction Speed 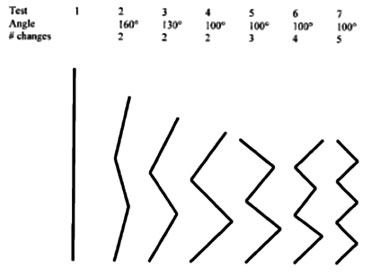 Results of this initial testing (pre-training) are presented on Picture 4. Progressive increase of test results supports the fact that systematica increase of change of direction angle, as well as the number of direction changes increases the task complexity. The longer duration is likely a result of the necessary application of greater lateral forces and more accelerations and decelerations. 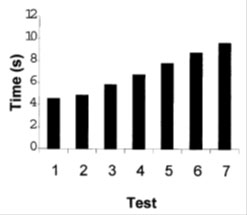 After the initial testing the subjects were divided into three groups: (1) sprint group, (2) agility group, and (3) control group. Subjects trained twice a week during six weeks, using 20-40m sprints (sprint group) or 20-40m sprints with change of motion direction (3-5 changes under the 100 degrees angle – like in tests 5-7) (agility group). Linear speed trainings and trainings of change of directions speed were designed to be equivalent in total covered distance, total training volume and strain intensity. The training overview is shown on Table 1.

Table 1. Training program overview, for the sprint and the agility group.
Taken from Young, McDowell, Scarlett (2001), page 317.
* Applies to agility group only