The Badger Protocol: Grease the Groove with isoSandwich

You can probably identify with the following scenario: strength training hiatus due to (a) long-term travel, (b) injury, (c) boredom and lack of motivation being fed up from previous pushing phase, or generally (d) due to lifestyle change (i.e., kids, new job, relocation, trying out new sport/activity, bloody hot summer, or just getting older and your joints crankier). And now you want to get back to the gym, slowly cooking, greasing the groove. Enter the Badger (Figure 1). 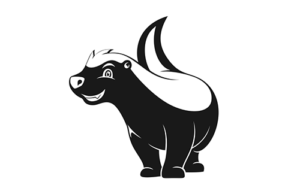 To be honest, I have no clue why I have named this the “Badger Protocol” – might be because that at Enduro motorcycling, we call each other “badger” all the time (and I have badger graphics on my KTM 250EXC motorcycle), or maybe because of it black-white-black stripes. After a few days of riding, I started doing these workouts when I was deadbeat from the motorcycle, hence the name.

Another name that can be used is isoSandwich (the reason for this will be apparent in few paragraphs, Figure 2), but it doesn’t sound cool as The Badger Protocol. The goal of the Badger protocol is to grease the lifting technique, protect you from doing stupid shit (i.e., jumping too fast into the heavyweights) by constraining/limiting the do-able weights, prepare the muscles, tendons, and joints for more strenuous lifting to come later down the road (i.e., the Bompa’s idea of anatomic adaptation (AA) (Bompa and Buzzichelli 2019, 2015; Bompa, Di Pasquale, and Cornacchia 2013)). It is also great for beginners since it allows them and their coaches to have ample time to cue and work on the lifting technique, especially at the tricky positions (i.e., bottoms).

The Badger Protocol is straightforward, and it involves (1) isoHold (isometric hold) N seconds, (2) performing N quality reps (i.e., slow on the way down, explosive on the way up), and (3) isoHold N seconds (Table 1). I guess the alternative name isoSandwich is now justified (Figure 2). 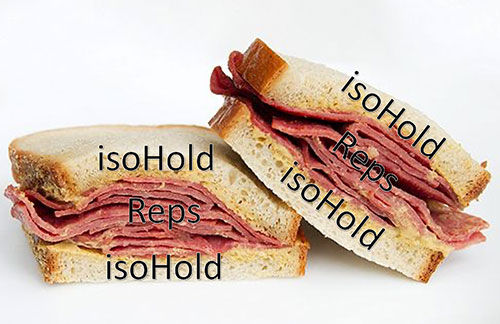 Figure 2: isoSandwich as an alternative name for the Badger Protocol

The protocol, as mentioned above, represents the Full Badger Protocol. The Half Badger Protocols (Top Badger and Bottom Badger) are either performing initial or the last isoHold (Table 1). These represent an optional variant that can afford slightly heavier weights.

Table 1: The Badger protocol and its variants.

Here is the video of me doing few exercises using the Badger Protocol:

Video 1: The Badger Protocol applied to pull-ups, split squat, bench press, and single-leg back extension. Please note the music selection, which is more than appropriate for this type of loading (pun intended)

One of the inconsistencies I keep doing, which is a matter of consensus, is sometimes counting the first isoHold as one rep and sometimes performing the isoHold on the last rep. This works fine with a high number of reps (i.e., 5 or more), but it is tricky if you go down with low reps (i.e., 2 or 1). Whichever you decide is fine, just stick with it.

As mentioned previously, the isoHolds are great for developing the ability of the athlete to demonstrate the control of the weight, for working on the mobility, for providing ample time for a coach to cue the athlete, but more importantly, for constraining the weight used. The Badger Protocol is thus great for the introductory phases of training (or for the assistance exercises), and if you ask me, way better than using the common high-reps as often recommended in the anatomic adaptation (AA) phases (i.e., 10-15 reps at 40-70% 1RM). Please note that I do not have anything against the AA method. It is a tool in the toolbox, as the Badger Protocol. But, I think it might not be the best method for coaching the lifts with the novices, where the Badger might be the better-suited method. Why? Because if an athlete cannot do a single quality rep, doing 10-15 reps for the sake of “anatomic adaptation” might not actually prepare the athlete for the later heavy lifting phases and might even be counterproductive. For example, the AA method with the complete novices might be more stressful due to soreness (i.e., DOMS; delayed-onset muscle soreness) induced after the session than the lower reps Badger protocol.

As with the AA, the Badger Protocol method utilizes “lighter” weights (although a bit heavier than the AA’s 40-70% with 10-15 reps). The objective is to find something doable and slowly increase the weight (or the number of reps) across 3-4 weeks (or longer). Prescription using the exact %1RM or RIR (reps in reserve) is very tricky, particularly due to isoHolds that make a prediction (and individual RIR rating) very problematic. But anyway, to provide some ballpark %1RM, I’ve used the Ballistic Perc Drop table (Jovanović 2020) and applied for Constant, Linear, and Rep Accumulation vertical planning (progressions) with Plateau, Step, and Ascending Wave set and rep schemes (Jovanović 2020). The Ballistic table is a very conservative prescription table (i.e., given Epley’s equation for the grinding weights, the ballistic table allows double reps to be performed at a given %1RM), which is more than suitable in this “isoHold uncertainty” scenario, where the rule of thumb is “when in doubt, start light and go from there” (Figure 3). 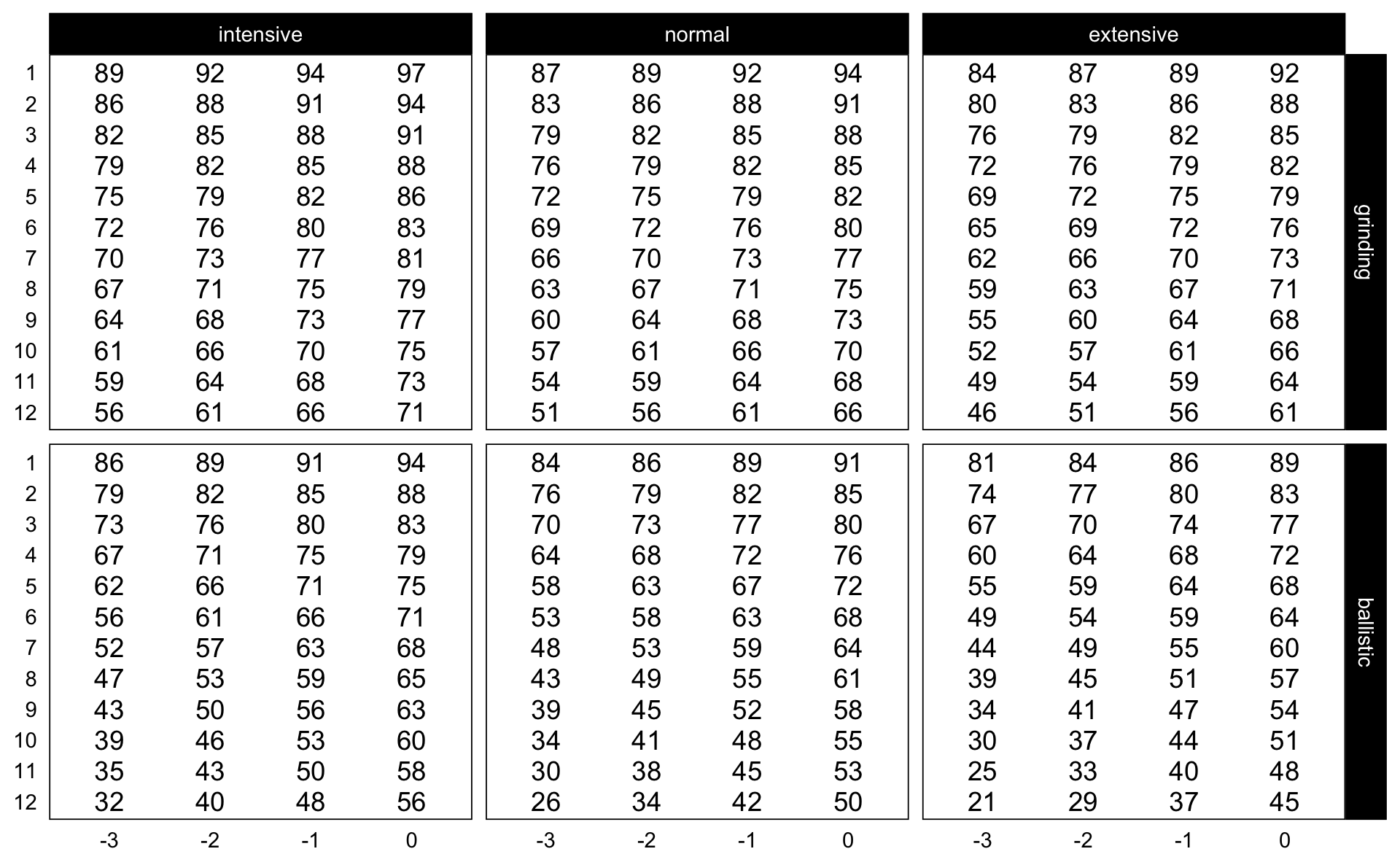 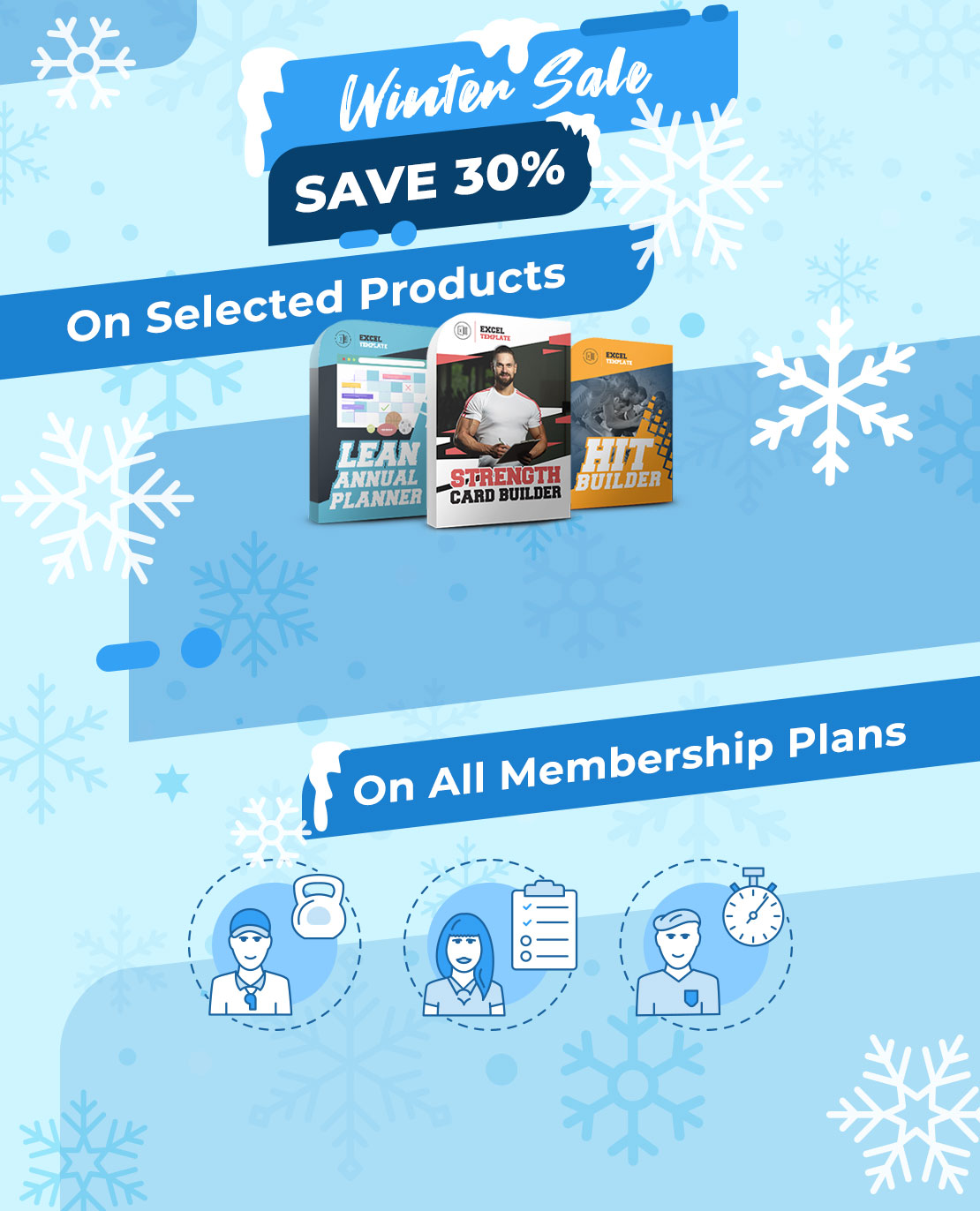 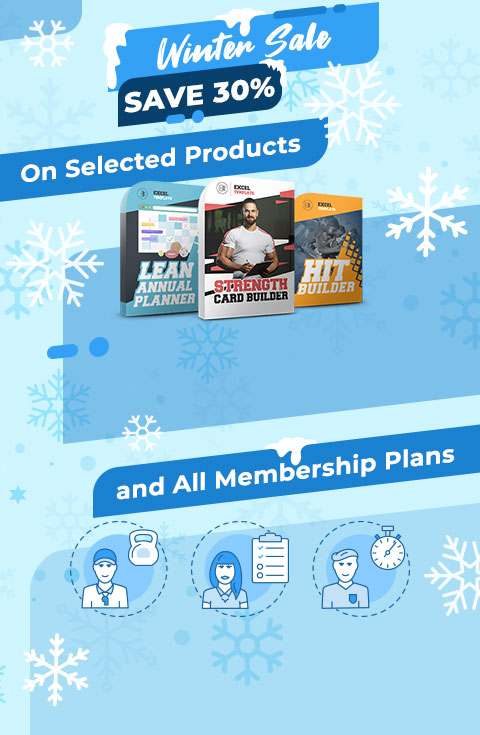