Posted by Mladen Jovanovic on 11/10/2010 in Non-Membership Content, Training Theory

The Function of Muscles in the Human Body

Every muscle in your body is structured [1] (evolved) with a specific movement role and purpose. Although muscles can work in different ways (e.g., hamstrings is „designed“ to operate reactively / isometrically, athletes can use it concentrically when performing leg curl exercises), as the speed of the movement increases, and thus becomes less volitional controlled, muscles start to work to their specialized structure. 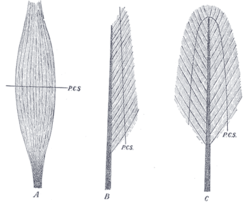 Taking this into account, the proposed generalized classification of muscles is the following:

Of course, this is a rough division. In reality, the muscles are flexible and can have characteristics of both groups, thus it more of a continuum. However, the division between the two groups is very practical, especially in organizing training programs.

Since movement is interplay between stability and mobility, certain muscles can contribute to these specific functions. I shared some of my thought in this review. In short, using stability~mobility continuum, muscle can be classified to:

The mentioned classification to (1) Concentric-explosive muscles and (2) Reactive-elastic muscles refers only to Global mobilizers.

In my opinion, and I may be wrong, muscles are flexible in terms of their function and can express different functions under certain context. This may be good thing and it may lead to dysfunctions and pain too. Anyway, there is a certain ‘attractor’ in their functioning based on their structure and location. What is important is to understand is the certain coordination dynamics that emerge under constraints and which can result in good performance, but also in pain and dysfunction.

Our understanding of muscles is dominated by the model that muscles have only one function of overcoming the external load, however this is only part of the story. Muscle function is more complex and more versatile:

Explanation of the above functions too complex to be done in this short article, but it is still worth to clarify the said different functions.

Muscles pre-stretch elastic tissues. For the muscle to function reactive-elastically, before the advent of external loads (e.g. for running this is the time interval before the foot contacts the ground) it need to be isometrically contracted (pre-contraction), and to tighten the series elastic tissues. Since in that situation the muscle is stiffer than the serial elastic tissues, which are lengthened by external load and accumulate energy, serial elastic tissue acts as a spring which returns that same (there is some hysteresis) energy back afterwards. In this way, muscles function more economically (saving metabolic energy and relying more on elastic energy), but also improves its ability to generate force.

Muscles have a role in the transfer of energy from one joint to another. The phenomenon of energy transfer from joint to joint is a very interesting mechanism that along with  reactive-elastic function allows cost-effective functioning of the human body. An illustrative example of energy transfer is a function of hamstrings.  M. quadricepsextend the knee joint, and if you keep your hamstrings length the same (isometric contraction) such as a non-elastic rope, extension of the knee will ‘transfer’ over the hamstring to hip extension too. In this way m. Quadriceps extends the hip with the help of coordinated actions of  the hamstring muscles.  This ’enegry transfer’ phenomena occurs in all bi-articulated muscles (ones that cross two joints).

The implications of this phenomenon are very interesting if we take into account the distribution of the muscles in the body. During running 80% of energy is used to accelerate / decelerate the segments of the body. In order to improve efficiency (reduce energy cost), the amount of mass in the distal segments should be as small as possible (this will reduce the moment of inertia). This is why the calf is bi-articulated muscle (m. gastrocnemius) and pennate. Pennate structure of m. gastrocnemius enables the production of higher isometric force for the same muscle mass as compared to spindle-shaped (parallel) structure. To enable the transfer of energy from the much larger and stronger knee extensor muscles of proximal part of the leg (m. quadriceps) to extension (plantar flexion) of the foot, m. gastrocnemius crosses both joints (knee and ankle) as an in hamstring example functions isometric-reactive-elastic. In this way it reduces the moment of inertia and provides a stronger extenstion of the foot. Truly intelligent solution of the Mother Nature (for Evolutionist readers) or God (for Intelligent Design readers)!

Muscles facilitates other muscles by loading them eccentrically. This function of the muscles is also very interesting. Because the muscles are placed at an angle in each joint, they cause different moments (torques) in different axes. In practice this means that every muscle causes flexion / extension, adduction / abduction, and external / internal rotation in different proportions. For this reason, our movements are mostly spiral and diagonal (as one school in physical therapy – PNF uses as one of its basic principles), and not ‘Robotic’ in one plane. Because the ability of the muscles to generate force decreases with increasing shortening velocity (force-velocity relationship), the action of adjacent muscles in a certain way can reduce the speed of the main muscle shortening and thus enable the generation of larger forces in the target plane of the movement. Example of this mechanism is seen during the acceleration phase in running, where most of the propulsive force is generated by m. gluteus and m. quadriceps. Since m.gluteus produce extension and external rotation of the hip, torsion of the pelvis and use of the arm swings will lead to the internal rotation in the hip of the standing leg, which has the effect of the ‘elongation’ (i.e. reducing shortening velocity) of the m. gluteus, which as a result, according to the force-velocity relationship, contributes to the greater force production in the direction of the hip extension, and thus the greater propulsive forces and a greater acceleration of the body.

The human body is an extremely complex and ‘intelligent’ machine, whose modes of operations we are just beginning to understand. Error in past approaches was that we tried to explain the functioning of the whole by understanding characteristics of the parts, however things do not work that way. Whole is not a simple collection of the parts. Thus, the function of the muscles should not be analyzed separately, but in the way they fit into the functioning of the whole body, the way they ‘cooperate’ with each other, in order to maximize the effectiveness, efficiency and produce movement. The reductionist approach to the analysis of movement should be replaced by newer methods of non-linear open and adaptable complex systems, which studies the self-organization of the motor system and views the variability in the movement as something usable not only as a “noise and error”, but this is a topic for another time.

[1] Structure~function, chicken or the egg?. Structure defines function, but function over time defined structure, thus they are complementary