Thoughts on Cohesion Vs. Sport Science, Innovation Vs. Entropy and How to Hire the Best People and Then Give Them Your Program to Follow

Thoughts on Cohesion Vs. Sport Science, Innovation Vs. Entropy & How to Hire the Best People and Then Give Them Your Program to Follow

I was sitting yesterday with a friend of mine who was a professional basketball player, that played all around including Russia. He mentioned couple of clubs where he played, where upon his arrival, the team atmosphere wasn’t stellar. The head coach was really strict, demanding a lot and restricting players in numerous ways. Then, having the Serbian mentality, a friend of mine started taking players out and organizing social activities (read: partying in the clubs till 5AM) as well as improving the fun aspect during practices. The team atmosphere and cohesion improved tremendously, and they were able to beat the set objectives for the season, including getting to the higher league and so forth.

This happened in couple of clubs, according to my friend’s story. The skeptic as I am, I take these “let’s party and win the title” stories of athletes with grain of salt, but I believe there is some truth in this.

There are definitive drawbacks of partying, non-sleeping and big alcohol consumption on performance and most likely injuries, but I guess that is not the point of his story. The point is the team cohesion and having fun as a squad. Sharing more than practice and game time with your teammates is probably the key here. It build trust and team cohesion, and this might be the big elephant in the room in some teams obsessed with high performance (read: measuring everything, analytics and having a no fucking life as an athlete).

I am by no mean promoting going out with the players and drinking (although I had my share in these), and I would rather prefer not to involve coaches in these activities at all, but rather let athletes self-organize. What I am promoting is setting the priorities straight: I would rather have athletes in great team cohesion and a fun atmosphere than perfectly rested and not giving a fuck. I would rather have a team that trust each other, give their life for each other, take risks and responsibility than following overly prescriptive performance program. I would rather have the athletes in the positive mood and being receptive for coaching than having their readiness score within one standard deviation.

Again, don’t get me wrong – other things are important as hell, but we cannot put the cart before the horse. Can we have both? Most likely – just in the case where we cannot, I chose having team that is having fun, rather than a team that has 100% compliance on the wellness questionnaire.

There is a fine line of holding reigns and letting go, and this tends to differ between cultures and countries. Season is usually a stressful grind, and being mentally/emotionally recovered might be more important than being physically recovered. It is important then to maintain this balance, without letting things get out of control and decay. Which is exactly one of discussion points of the next piece.

Innovation vs. Entropy (or why “flipping the burgers” is key)

The article Hail the maintainers kinda motivated me to write this piece. I highly suggest reading it, especially now when we are all obsessed with novelty and innovation. I must admit that I am to blame for this as well: I pretty much hate flippin’ the burgers. What I mean by that, is that I dislike that routine type of work and I prefer doing new things, innovating, creating new stuff and optimizing the system. By no means this imply that I do not appreciate those who do that (flippin’ the burgers). Guys who are doing stuff day in and day out, like setting up GPS devices, straps, downloading data, cleaning straps, writing programs, setting up the gym, setting up the warm-up areas. These, are by far much more important than any innovation. I just tend to prefer the innovative stuff, over doing the mundane tasks.

But this burger flippin’ is a glue that keeps things in place. These guys don’t get much credit for that. I know that is the general state of our economy and culture, but we need to stop for a second and take a deep look at where we are heading with all this innovate, innovate, innovate.

…What happens after innovation, they argue, is more important. Maintenance and repair, the building of infrastructures, the mundane labour that goes into sustaining functioning and efficient infrastructures, simply has more impact on people’s daily lives than the vast majority of technological innovations.

…Third, focusing on infrastructure or on old, existing things rather than novel ones reminds us of the absolute centrality of the work that goes into keeping the entire world going. Despite recurring fantasies about the end of work or the automation of everything, the central fact of our industrial civilization is labour, and most of this work falls far outside the realm of innovation.

…The most unappreciated and undervalued forms of technological labour are also the most ordinary: those who repair and maintain technologies that already exist, that were ‘innovated’ long ago. This shift in emphasis involves focusing on the constant processes of entropy and un-doing – which the media scholar Steven Jackson calls ‘broken world thinking’ – and the work we do to slow or halt them, rather than on the introduction of novel things

…We can think of labour that goes into maintenance and repair as the work of the maintainers, those individuals whose work keeps ordinary existence going rather than introducing novel things. Brief reflection demonstrates that the vast majority of human labour, from laundry and trash removal to janitorial work and food preparation, is of this type: upkeep

For example, nowadays in Serbia everyone wants to be a manager, or someone who should be asked. The picture below pretty much summarize the current state. We are killing the artisans and tinkering, by promoting empty PhDs, managers and MBA experts, while undervaluing people who make this world tick. We have PhDs who can make all these calculations in Excel and SPSS, but cannot freakin’ show a proper squat, or even snatch. We have corporate empty suits who cannot check the oil or iron the shirt. I won’t lie to you – me as well suffer from this. We should never move away from handcraft in general, and handcraft when it comes to sports in particular. 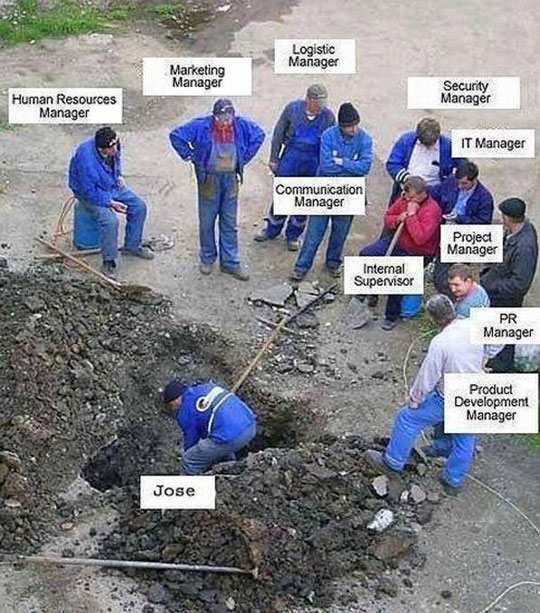 It is always good to have Stoic philosophy in mind, meditating on worst case scenarios – what would I be doing if there is a nuclear war, no internet, not fresh water supply? Bear in mind that we shouldn’t do this to become anxious, but to respect the fact that we need to rely on few basic skill that we need to hone and maintain old the time.

When it comes to working in sports – researchers and PhDs should have some skin in the game (to use the term from Nassim Taleb), hopefully be involved in sports of some sort and try to enjoy the mundane stuff as well. How would you help your team if you haven’t had all these new technological gadgets?

I have tend to see far too many examples of letting things slip through the crack in the sport teams/clubs, where this (at first sight) mundane tasks are let being out of attention. Slowly, but surely, things are heading toward the doom (or should I say entropy). Some of the mundane things are a must to protect from the downside. We won’t be champions for doing our prehab stuff, drinking the PWO, greeting our teammates and setting the cones, but we are more likely to be failures if we fail to keep doing them. This is especially important in stressful times, like having a loosing streak or even when having a winning streak and we let things slowly slip through cracks by not paying attention.

I don’t want to sound like a hypocritical idiot, since I know, and those working with me know, that I (and we) have made the above errors. Hopefully things will change in the future. 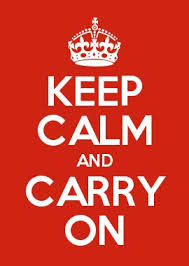 This is the thing that seriously pisses me off. What also pisses me off are those coaches and managers who are reading all these touchy-feely business books about importance of trust, culture and yada yada yada, but continue to do these retarded things.

I am talking about asking for an assistant coach (be it S&C or skill) or employee, running him through all these loops of background checks, asking for 15 years of experience working in high performance sports (whatever the fuck that is, since high performance sport might not be high performance culture), asking for Masters and PhD degrees, giving peanuts in monetary rewards, but what strikes me the most is: giving them a training program designed by the head to follow. For fucks sake! You can then hire the average Joe from the street. No wonder coaches are burned out.

Another thing that I already mentioned in Thoughts on Managing Risk in Performance Programs might be to do pair programming or split your squad in two or three parts and let each assistant coach be responsible for one group. And then after some time let the switch. Also let the (sub)groups compete – who will get the best compliance in wellness and RPE ratings, who will clean up after the gym use, etc, etc. Let them as a group decide on prizes and punishments and keep them accountable. But let the coaches under you do their job. If you let them blindly follow the script you wrote (yes, all you quoting E-Myth book as gospel), rather than write it with them, you are going to risk their burnout. It is important to have standardized work (as I have alluded in Agile series) and checklists, especially after the previous rant on flippin’ the burgers, but one need to let their employees do their best by trusting them and letting them own a big part of work. If Toyota managed to work around Taylorism of creating human robots, then we can too.

This is also a common problem of Academies and National Institutes where they want to have personal signature of how things should be run or done (“We have this LTAD program that we all need to follow: we do strength on Mondays and Wednesdays, soccer on every other day, we work on shooting skills on Tuesdays, and team shape on Fridays” type of thing). I have seen few times that Academies hire the best coaches, but then give them the Manual and weekly schedule and training content. This is a serious problem, and the solution might be found outside of our own field.

The key is having centralized constraints and loose ends – we need to decentralize decision making, but centralize the feedback. We need to let coaches and employees own their work and results. Hire the best and let them do their job.

Welcome to Complementary Training Community! › Forums › Thoughts on Cohesion Vs. Sport Science, Innovation Vs. Entropy and How to Hire the Best People and Then Give Them Your Program to Follow