There are a lot of questions sport scientists have been asked from the coaches and the two of them I will address in this video are the following:

The first question is similar, if not the same, as trying to find ‘latent variables’ (usually with Principal Components Analysis or Factor Analysis). This represents ‘dimensions reduction’ technique, since we don’t need to juggle with a bunch of tests, but rather with a few ‘latent qualities’. We can also remove few variables if we need to. In the following video, I am going through the PCA and a novel technique called ‘variable clustering’, which is very useful in my opinion and a very visual way to depict hierarchy of your variables. I am also discussing the issues with ‘biomotor qualities’ theory in the video.

The second question helps when it comes to grouping athletes with similar needs, which allows more individualized training. We can also group similar drills and hence simplify our drills database. In this video, I am explaining hierarchical clustering and the novel “archetypal analysis” that find extreme cases (i.e. archetypes). Both of these techniques are extremely useful.

I have used two data sets. First one is the PES Football database that rates >1800 soccer players on, I think, 29 metrics. And the second one are the movement screen results that we have collected in Hammarby IF (and I wrote about it earlier HERE and did a few analyses HERE and HERE).

I believe that the following video and the accompanying R code and data set will be very useful to sport scientists out there and will teach them extremely pragmatic technique in data mining.

This content is for members of Complementary Training only – so make sure to sign up if you haven’t done it already and improve your skill set. 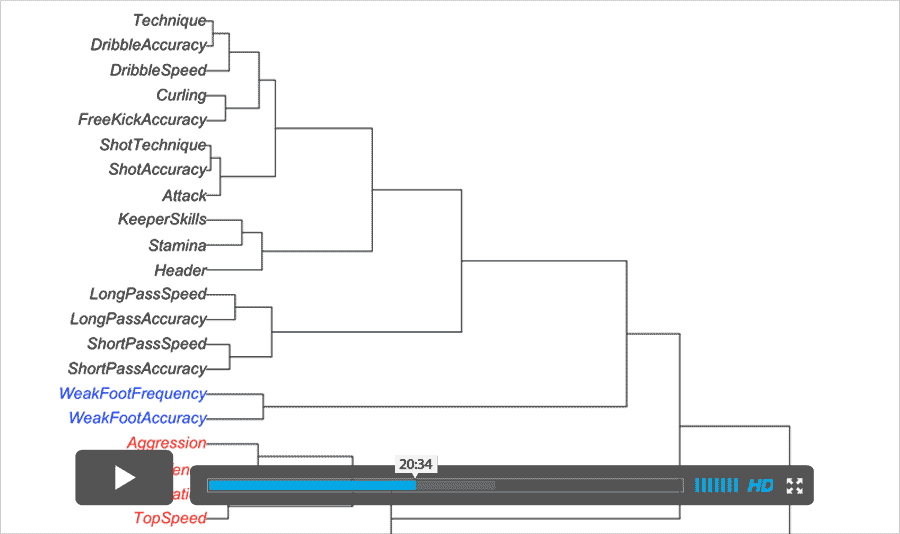