There has been a lot of talk regarding Nassim Taleb’s Antifragile book lately. One of the first was David Tenney, and then Steve Magness and finally Martin Bingisser. Anyway, the book is definitely a must read – I use to say that I’ve learned most about coaching and sport science from books that don’t have direct connection with coaching and sport science, and Antifragile is one of those books, probably the one with the higher influence. Get it and read it.

I really liked a lot of stuff in the book and most notably I enjoyed the “via Negativa” chapter. I am “glass is half empty” or better yet “glass is half broken” type of guy, hence this chapter resonated with me a lot. I wanted to cover some of the implications to coaching and science as I see it. 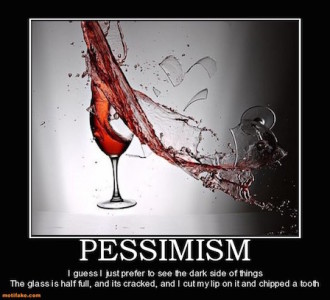 The best  (the most robust and antifragile) way to gain knowledge is by removing things that we are certain they don’t work (or are not true) rather than adding things that might work. Pruning tree instead of growing it. We are so flooded with informations, concepts, ideas and everything, that we need to simplify things by getting rid of things.

This is similar to the idea of falsifiability by Karl Popper, which we owe a lot when it comes to scientific discoveries – we can never fully accept the theory (hypothesis), we can only completely reject it. Hence it is easier to reject than to accept.

On the following picture there are survivors of Holocaust:

What is not on the picture are the guys who didn’t survived. And there is plenty of them. How is this different than the following picture? 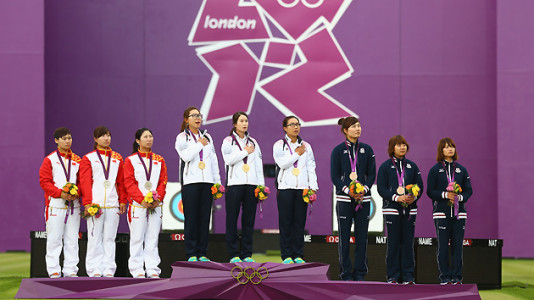 By working in team sports you learn one thing first – make your best players available to play. You improve by avoiding screwing up. This is by no means a rationale for “vanilla” training and BOSU ball balance crap (see the “gaining knowledge” part of this blog post). You do this by making sure volatility doesn’t affect you negatively, but there is a chance to affect you positively.

This means that we need to chose training methods and loads that will do not harm in the first place, but can have big dividends. Or as late Charlie Francis used to say: “It is better to be undertrained, than overtrained”. It is better to be out of shape and playing regularly, than being on top shape and warming up the bench since you are injured.

A lot of athletes would tell you that they had the best performance after longest unbroken streak of training and good lifestyle. Being able to show up and train is more than half of the story. By avoiding fucking up something they succeeded, rather than actually trying to succeed.

This can also be applied into game tactics – win by avoiding losing. And it has nothing to do with Italian catenaccio. It means protecting oneself from “downside” and exploring the “upside”. Or preparing the defense much better than you attach. Adjusting your dense based on the opponent and being very organized and focused on the defense, and very chaotic on the offense.

I like the approach to boxing coaching by Crazy Monkey’s Rodney King – he exclusively focuses his teaching of the beginners to the defense, something that he calls Crazy Monkey defense. What it means, is that once someone have really good “last level” of defense in his game, he is more able to explore offense. If I know I have great defense system to go back to once the shit hits the fan, I am more likely to explore various options that can yield unexpected and huge benefits. If my defense is robust, I can be more relaxed in the offense and explore various options.

Coaches usually try to affect and improve athlete’s performance by doing more, doing better at training. What about removing obstacles, rather than trying to go faster around them. Eating better, sleeping better, having better culture and training attitude might work much better than trying to newest training gimmicks. Remove the things that hold you down, rather than try to seek the things that will propel you forward. Adding by removing. Via negativa

With the novel technology advances and predictive analytics we are trying to suit the training to the individual, instead of making individual adapt to the training. This is all great, but it might become baby sitting the athletes. Sometimes, they need to suck it up and do it. Even if they don’t feel like it, even if their wellness questionnaire tells you otherwise. Competition and performance is volatile. They need to be prepared to compete and perform on their ups and downs, to, as Dan John says “Embrace the suck”. Not to be affected by their day to day performance. To avoid being negatively affected by the downside, and explore/use the upside when it happens.

We need to adapt the long term training to the athlete, of course, but we need to make athletes “robust” (or antifragile) to small “twerks” that might happen from time to time. Had one night of bad sleep? Should you miss the practice? No, you need to suck it up. If this happens a lot check the 24/7 principle.

Pep talks tend to be usually positive in nature, but I think sometimes taking the Stoic stance and using negative visualization might help much more. For example imagine coach saying things such as:

What about if someone uses “Negative Pep Talk”? For example imagining worst case scenario, getting in a car crash, losing one legs and not being able to play your sport? How does that sound compared to being beaten by the opposing player? Now go and play the f*cking game and enjoy it since you have legs.

A friend of mine Dragan Veljkovic, who I recently visited in Dubai, together with Amir Siddiqui, recommended that I expand this part by providing the following useful links:  Hedonic Treadmill and Irvine on Negative Visualization.

By contemplating the impermanence of everything in the world, we are forced to recognize that every time we do something could be the last time we do it, and this recognition can invest the things we do with a significance and intensity that would otherwise be absent . We will no longer sleepwalk through our life. Some people, I realize, will find it depressing or even morbid to contemplate impermanence. I am nevertheless convinced that the only way we can be truly alive is if we make it our business periodically to entertain such thoughts.

Improve the limiters of performance

As coaches we always try to improve the performance. One way to look at this thing is to try to find the performance limiter and remove it. Addition by removal.

This is just a subtle paradigm shift, but I think it is very important distinction. Try to improve your performance by finding things that have been holding you down.

Instead we try to identify those who will succeed. In my opinion this is much more fragile than taking the “via Negative” approach.

With this I end up this short rant/random thoughts on “Negative approach”. Please let me know your thoughts…